The two-story home, which was constructed in the 1990s, was previously put up for sale in 2008 for a price of $1.1 million and has been refurbished ever since.

by Dharam Nath Jha
Reading Time: 4 mins read
A A
0 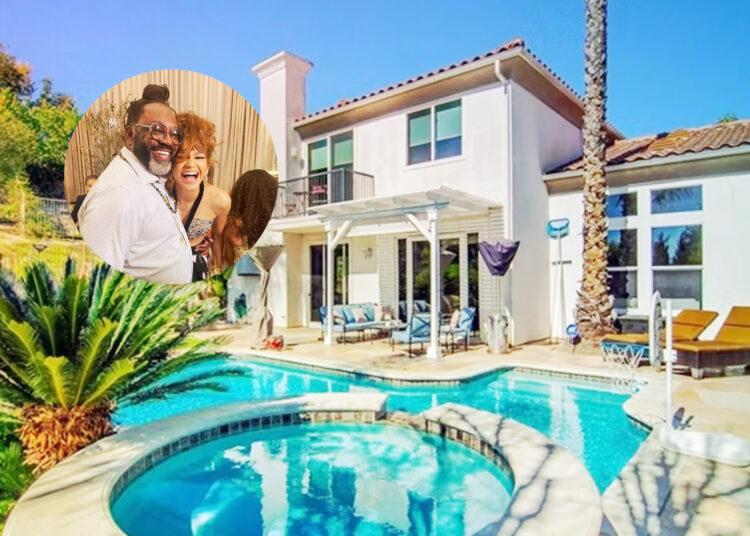 There is no hiding the fact that Zendaya has a strong connection with both of her parents. The internationally renowned actress (known for roles in “Euphoria,” “Dune,” and the “Spider-Man” franchise) lived with either her father, an Oakland native named Kazembe Ajamu Coleman, or her mother, Claire Stoermer, up until fairly recently, despite the fact that she owned several homes of her own.

Zendaya’s parents divorced in 2016, but they continue to be close “homies,” according to Zendaya herself.

According to public records, the 26-year-old Zendaya has now joined the ranks of megastars such as The Rock, Leonardo DiCaprio, and Beyoncé in the practice of purchasing mansions for their parents. She reportedly spent $1.9 million for a property that would be inhabited by her father.

The spectacular property is nestled away in the far-flung suburban fringes of Los Angeles, in the San Fernando Valley’s West Hills area, close to Woodland Hills and Calabasas. It is a short drive to both of these cities.

Let’s Have a look at Zendaya’s House.

The two-story home, which was constructed in the 1990s, was previously put up for sale in 2008 for a price of $1.1 million and has been refurbished ever since. The main level of the house has brand-new hardwood flooring throughout, and the foyer that can be entered from the front door has double height and walls painted in a light periwinkle color.

The completely remodeled kitchen has eat-in bar seating and is connected to the family area. The countertops in the kitchen are white quartz, and the cabinetry is a rich brown.

There are five bedrooms distributed throughout the nearly 3,400-square-foot home, including two on the main level and three above. One of the rooms on the ground floor is presently being used as an office, while the master retreat on the upper level has a separate sitting space, a luxuriously renovated bathroom, and a private balcony with views of the city lights and the mountains.

Other outside features include grassy front and backyards, a raised spa abutting the property’s swimming pool, and a built-in barbeque center with a bar sitting area. All of these amenities are located outside the residence.

There is a circular fire pit that is great for cooking s’mores and there is also a covered loggia that gives some al fresco relief from the terrible heat of the San Fernando Valley.

A neighborhood security patrol and the upkeep of park-like common spaces are both covered by the homeowner’s association dues, which come to $205 per month and are paid for by the residents of an affluent housing tract where the property is located.

Zendaya has multiple homes that she maintains, including an apartment in New York City and the first house that she ever purchased, which is a home with Mediterranean-themed decor that is located in the Northridge neighborhood of Los Angeles.

Her father just moved into a brand new place, which is quite nice. However, the hilltop estate in Encino that she owns for $4 million is still the most costly property in her portfolio.