Batwheels: Everything We Know So Far About The Latest Animated Series

by Gehna Kashyap
Reading Time: 2 mins read
A A
0 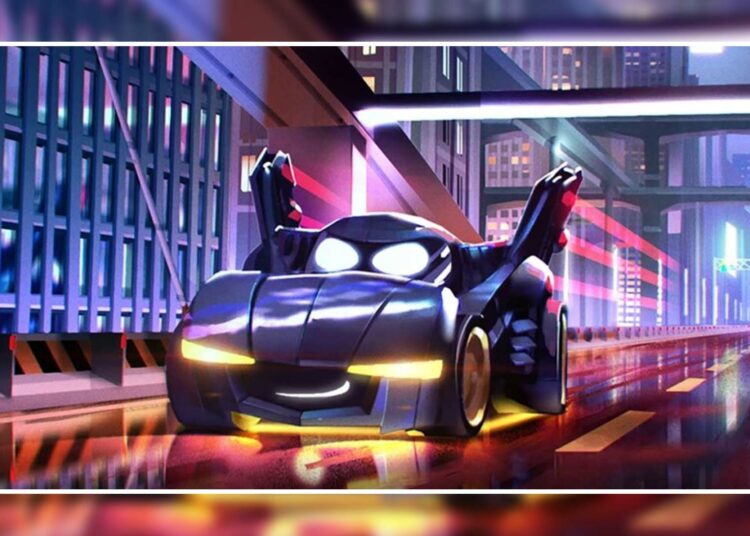 Batwheels Update: Gotham City is a staple whenever you see anything even remotely related to Batman, but this time HBO Max and Cartoon Network present a cross between Batman and Cars and give us Batwheels!

Set to premiere on October 17th on Cartoonito and October 18th on HBO Max, it has already created a buzz amongst the younger generation of the audience.

With it coming out just in time for Halloween, don’t be surprised if you spot lots of kids dressed up as Bam- the Batmobile instead of the ever-famous Batman or Robin or in rare cases- the Joker.

Warner Bros. Animation steps in to provide exquisite visuals and vibrant scenes to captivate those aged 2-5, where the Batmobile-Bam takes on the crime in Gotham City with the help of his well-renowned sidekicks. This is just a show for kids who have a deep admiration for cars!

Batman’s most trusted Bam- the Batmobile is the lead protagonist.

The DC Batman preschool series will also include Bibi- the Batgirl Cycle, Redbird- Robin’s Racecar, Buff- the Bat-Truck, and Batwing- the Bat-Plane as they help keep crime to a minimum in Gotham and keep other residents safe and sound. They will be facing many of Gotham’s notorious supervillains, but who succeeds, only time will tell.

The voice cast includes Ethan Hawke as Batman, Jacob Bertrand as Bam the Batmobile, Gina Rodriguez as Catwoman, and Xolo Maridueña as Snowy the Snowcrawler, among others.

Batwheels- What The Kids Can Learn

This series aims at teaching kids that it’s cool to be a hero. It inspires a sense of being good and doing good, something we must instill in children from a young age. It helps them to understand what it means to be a hero and sets a great example when it comes to taking hardships head-on and coming out the other side better than before.