Boy Group Brand Reputation Ranking for the Month of October. 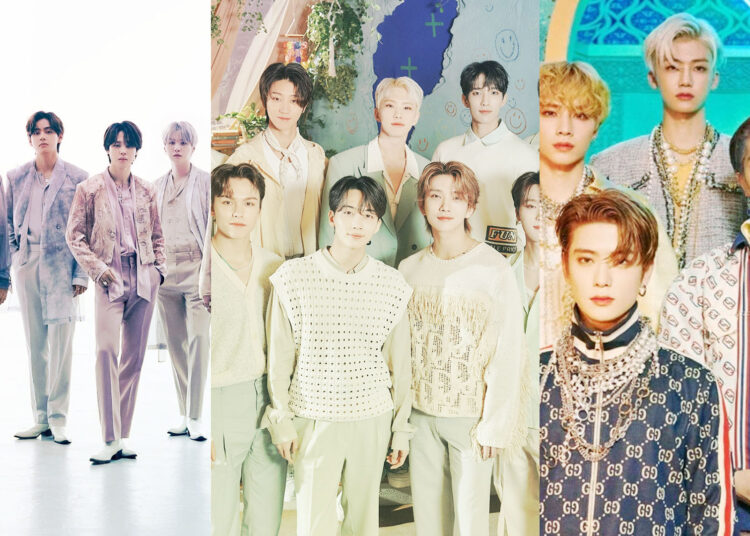 Boy Group Brand Reputation Ranking for the Month of October has been announced by the Korean Business Research Institute.

The rankings were arrived at in conclusion by using big data that was gathered from September 8 to October 8 to analyze the consumer engagement, media coverage, interaction, and community indexes of various male groups.

With a brand reputation rating of 9,511,195, BTS topped the list for the 53rd consecutive month. In the group’s keyword analysis, phrases including “concert,” “HYBE,” and “military service issue” had high rankings, and their most popular linked terms were “appear,” “perform,” and “reveal.”

Here you can Check out the Boy Group Brand Reputation Ranking in October 2022.

According to BTS’s research of positivity and negativity, there were 65.41 percent favorable responses. On the other hand with a brand reputation index of 3,814,243 for the month of October, SEVENTEEN remained in second place.

NCT climbed up to third place in this month’s rankings with a brand reputation index of 3,233,041, representing a 6.47 percent improvement in their score since September.

All the k-pop boys groups from South Korea under different companies compete in the monthly brand reputation rankings and among all the groups BTS has always been on top for the 53rd consecutive month. The reputation and fandom BTS has is not only limited to South Korea but all over the world.

There are ARMY, BTS’s fans all over the world who cheer and support them in all possible ways. This is one of the reasons why of all the boy groups BTS topped the list with the maximum number of ratings.

The group was formed in 2010 but made a debut in 2013 under Big Hit Entertainment and includes seven people as its members: V, RM, Jungkook, Jimin, Jin, Suga, and J-Hope.