Kylie Jenner and Khloe Jenner rocked the show with their best outfit of Balenciaga! 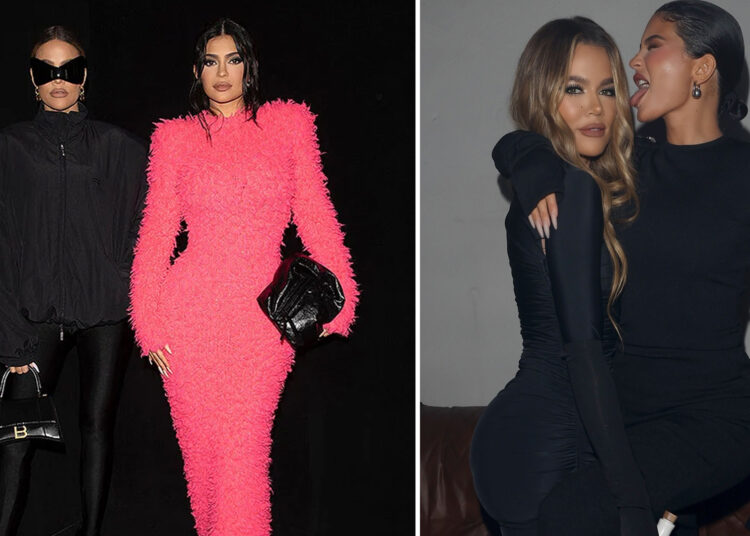 Kylie Jenner Update: A lot of fashion shows are right now happening in different cities and towns. And that is the reason why we have seen some big names or big celebrities joining these fashion shows with the best of their look while wearing their favorite brand. Something like this happened recently when we have seen the Kardashian sisters. Kylie Jenner and Khloe Kardashian were there in black and pink avatars.

The sisters are rocking almost everywhere they go with their fashion. It was recently when we have seen 25-year-old Kylie Jenner with her 38-year-old sister Khloe Kardashian. They both were looking very beautiful as they rocked the Balenciaga fashion show that is happening in Paris. It was on 1 October when the sisters posed very confidently for the photos while wearing two different outfits.

Kylie Jenner was wearing a long-sleeved pink dress that was coming down her ankles while Khloe Kardashian was wearing a black jacket with black leggings and then added matching heels.

The younger sister was also seen with some accessories as she added sunglasses. Her hair was open while she was seen holding a black purse. Coming to Khloe Kardashian then she was seen wearing earrings and her hair was tied up. She was also carrying black pearls which were similar to her sister Kylie Jenner.

This latest look of sisters came when Kylie made headlines through her recent pictures that she uploaded on Instagram. In the pictures, Kylie Jenner was seen wearing a bikini top and bottom with boots while laying down on the bed. She was eating grapes and posing very confidently to the cameras while adding a series of pictures.

It was also recently when Kylie Jenner was seen in a very amazing dress while walking around in Paris. She was wearing a long gown that was of red Silk material. She was also seen wearing a blue mini dress and to match it with her purse and heels, we have seen the same color in it.

If it is not related to making headlines through fashion then both the sisters are making headlines through their work and their personal life. It was recently when Khloe Kardashian made headlines because of her personal life with Tristan. She revealed that he has proposed to her but this proposal was rejected by her because of the cheating scandal and trust issues. She also came up with her confession that how having a second child after all these cheating made her life miserable.

Coming to Kylie Jenner then she is right now happy with her mother as she is getting support from her boyfriend Travis. The couple is going very strongly after having the second baby as the responsibility made them realize and enhanced their love.