Kanye West showed his bonding with his kids as he decided to have dinner with them in Paris!! 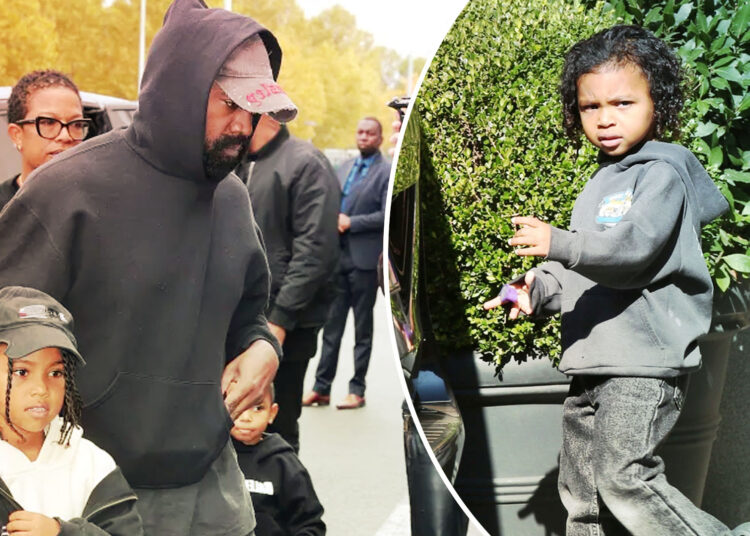 Kanye West spotted his kid’s dinner with his kids. Even after spending so many days at work, parents never forget to give time to their children. The same happens with celebrities who are giving their best in between the work to their children and try to share a great bond with them.

Sometimes it is related to taking them shopping while other times it is just an outing for dinner or lunch. Something like this happened with Kanye West as he was seen with his children at a dinner in Paris.

Kanye West is close to his children and that is the reason why he decided to have dinner with them on Saturday. It was on 1 October when he decided to give company where we have seen him with all four kids named, North who is 9 years old, Saint who is 6, Chicago is 4, and then the three-year-old Psalm.

The eldest daughter that is North was seen in black as they visited their favorite place in Paris. Coming to Kanye West then he was seen wearing black jeans and a black sweatshirt. He was also wearing a black denim cap.

Here you can check out Kanye West with his kids.

The brand both father and daughter were wearing was Balenciaga. Coming to North then she has supported her father with the concert t-shirt of the 2013 world tour Kanye West. She was working confidently in front of photographers as she look directly into the cameras for pictures. Coming to Kanye West then he was walking with his head down and not giving much attention.

The other kids were with their nanny. Saint was also seen in black while Chicago was looking adorable as ever. On the same day, they both were seen making funny faces through the window of their parent’s hotel. It was the place where their aunt Khloe Kardashian was staying.

This appearance of Kanye West came after he expressed that he missed his queen. His queen means his ex-wife, that is Kim Kardashian with whom he has got divorced in February 2021.

On the same day, we have seen North whose face was fully covered in leather. It seems like she is following the same fashion line or fashion style as her father. She also made headlines while showing the “please stop” sign to the photographers.