Heartstopper is about to ce with Season 2, here are all the details of casts and release date! 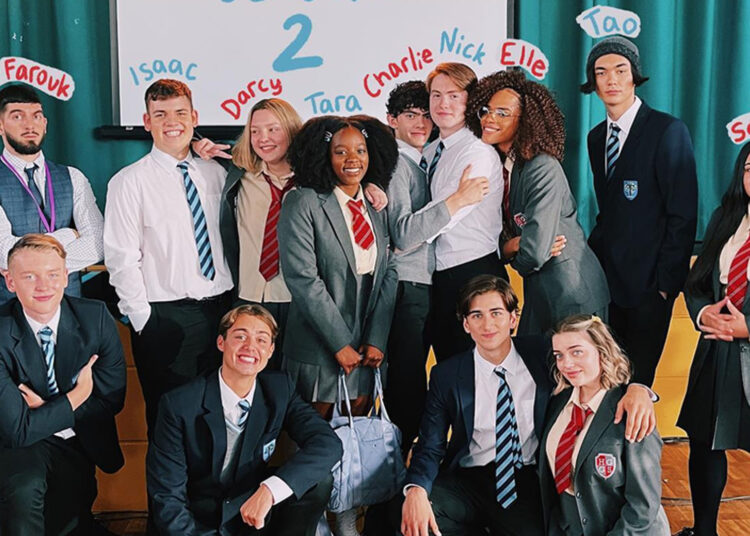 The Official Instagram page of Netflix UK & Ireland has posted some pictures of Heartstopper Season 2 as the series is in production. Netflix has also revealed the Heartstopper season 2’s profile icons if you have not seen that yet, the icons are shared below.

Coming of age as a drama has become very much famous in television and other entertainment. Talking about any coming-of-age comedy in a television series then we have a lot from different parts of the world.

Among them is the British entertainment Industry which has given us the best in it in terms of romantic comedy with the mixture of coming of age. Among them is a series name Heartstopper that is right now in talk related to Heartstopper Season 2.

Heartstopper is a British television series that has the theme of romantic comedy and teen drama. It has given us one season with 8 episodes. After getting good ratings and good reviews from fans, the makers decided to renew the series. It was on 20 May 2022 when the makers announced the Heartstopper Season 2.

It is not just related to the second season but makers have also announced the coming of Heartstopper Season 3.

Talking about any particular release date for Heartstopper Season 2 then it has not been confirmed as we might be getting it somewhere at the end of 2023.

Coming to several episodes then we might be getting almost 8 episodes just like season 1. Netflix will be the one who will release the series under the running time of 25 to 35 minutes for each episode.

The casting and characters are very much assured that we will be getting almost everything the same as season 1. At least nothing then leading characters with their leading roles would be there for Heartstopper Season 2.

So here are the names:

Joe Locke would be as Charlie Spring, Kit Connor would be Nick Nelson, Yasmin Finney as Elle Argent, William Gao would be Tao Xu, Corinna Brown would be Tara Jones, Sebastian Croft would be Benjamin or Ben, and many more.

The series called Heartstopper is famous for being a representation of the LGBTQ community. It has gained very instant popularity on Netflix and became top 10 English series in just 2 days. Coming to the release of season 1 that it got released on 22 April 2022 with 8 episodes.