Regé-Jean Page is a well-known British actor. He gained popularity in the first season of the Netflix historical drama Bridgerton.

by QUOTE YOURSELF
Reading Time: 3 mins read
A A
0 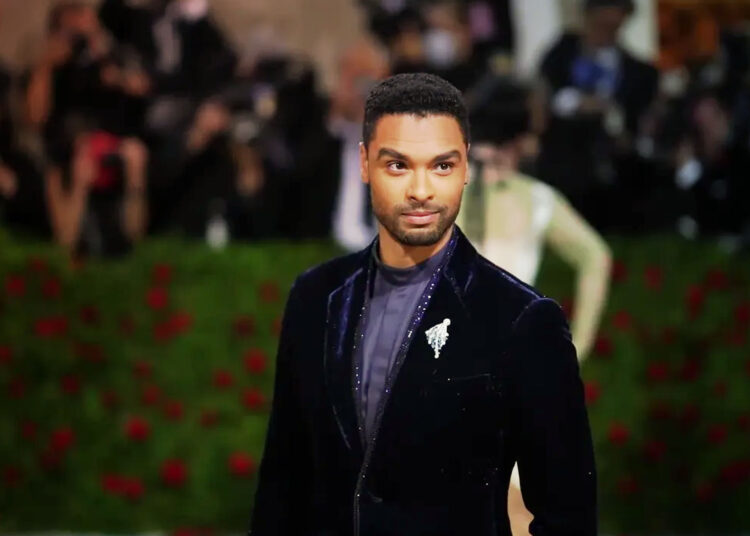 Regererai Page, better known as Regé-Jean Page, is an actor and advocate for breaking down the borders of what is called normal. In 2020, he had his breakthrough as ‘Simon Basset, Duke of Hastings’ in Netflix’s drama series “Bridgerton.”

Regé-Jean Page is a well-known British actor. He gained popularity in the first season of the Netflix historical drama Bridgerton. Despite rumors of a future appearance, Rege jean Page stated through Instagram that he would not be repeating his role as the Duke of Hastings in Bridgerton season 3, but he does have a few noteworthy forthcoming acting opportunities that will delight fans.

Regé-Jean Page will return with the forthcoming blockbuster Dungeons & Dragons: Honor Among Thieves, the first chapter of a franchise based on the epically popular role-playing game.

Page stated in an interview with L’OFFICIEL that he “is embracing the world he finds himself in, regardless of what’s yet to come.” “There are many chances for more life,” he adds. Regé-Jean Page shared a few images of himself on social media with the tagline “new world,” and his supporters named him the “perfect upcoming James Bond.”

Even though Page won’t be back for Bridgerton season 3, he is still working on other projects.

At the start of 2021, he received several nominations and won prizes in his respective roles at the MTV Awards and the NAACP. Following that, he appeared in “The Gray Man,” and in 2023, he will appear in “Dungeons & Dragons.”

The Page will also appear in and executive produces the reboot of “The Saint” from Paramount, as well as Noah Hawley’s unnamed heist movie. He also contributed to the audiobook version of Neil Gaiman’s “The Sandman Season 2“.

The actor only has currently two upcoming projects as of now but there will undoubtedly be much more. It’s only a matter of time; Page is already being mentioned as the perfect next James Bond. Fans have been anticipating Regé-Jean Page’s next work ever since he played Simon Basset in Bridgerton.

Regé-Jean Page is reportedly set to feature in the forthcoming revival of 1997’s The Saint by Paramount Pictures. The Saint is based on Leslie Charteris’ 1920 novel series, which was made into a TV series in 1962. There is no official date set for “The Saint” as of yet.

Regé-Jean Page will also appear in Paramount’s “Dungeons & Dragons” opposite “Star Trek” actor Chris Pine. The fantasy epic is already under production, and a March 3, 2023 release date has been set. Production on “The Saint” will most likely begin when filming on “D&D” ends.

I spent two years trying to get into acting school, and I pursued a career in acting despite being terrible at everything else. I want to break down what is considered normal and do away with tags like homos*xual, heteros*xual, brown, white… If we can put up with a white Jesus for this long, we can put up with a black duke.

When there’s work to be done, Rege Jean Page says, “we look at ourselves, we turn to each other, and we stand up.”