Jisoo has been awarded as "Outstanding Korean Actress" for "Snowdrop" at 17th Seoul International Drama Awards. 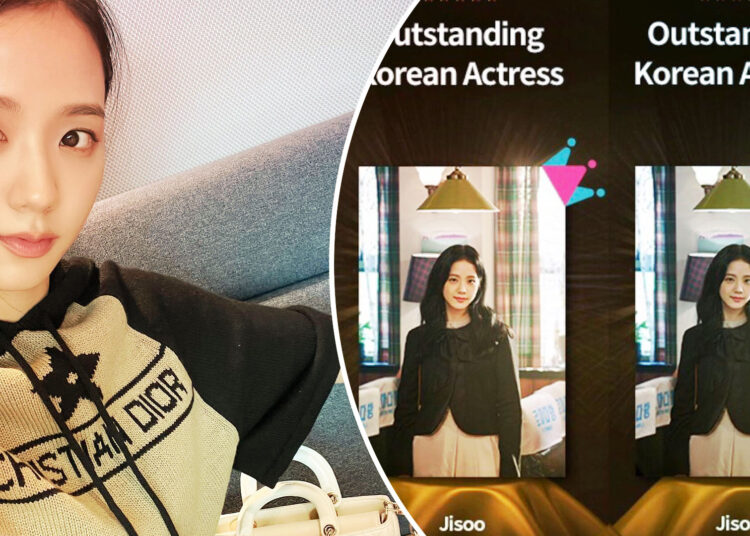 A South Korean singer and actress Kim Jisoo, commonly known as Jisoo is a member of one of the popular k-pop girl groups BLACKPINK. The girl group Blackpink was formed by YG Entertainment in 2016.

The group in total has four members which include Jisoo, Jennie, Rosé, and Lisa. The group made its debut in August 2016 with the release of their single album Square One, which included the songs “Whistle” and “Boombayah,” which became their first number-one entries on the US Billboard World Digital Song Sales chart and the South Korean Gaon Digital Chart, respectively.

Jisoo began her acting career in 2015 with a cameo role in the series ‘The Producers’ and she had her first lead role in the JTBC series ‘Snowdrop’ (2021–22). With this role, she added another star to her achievements.

In the recent 17th Seoul International Drama Awards that was held on September 22, 2022, Jisoo won the ‘Outstanding Korean Actress’ award for her role in “Snowdrop.”

Although she was not able to attend the award ceremony but had sent a video with a thankful message, in the video she said, “I’m sorry I couldn’t attend due to my schedule but I’m glad and happy I got this great award,” adding to it she further said “I’ll work hard to show you better performances in the future. Thank you!”

She pens down a thankful note on her Instagram account for her fans, she wrote “Hello, this is Jisoo. I still have the memories of being excited and nervous while preparing for the first work called Sulanghwa, but since many people loved me and won this big prize, it will remain unforgettable memories.

Thank you so much for your love for my precious rose. I’ll be a Jisoo who can show you a lot better from now on.

Thank you so much and love to our Blink for sending us so much love so that we can win this big prize. ” Through her post, she also thanked her director Cho Hyun-tak, writer Yoo Hyun-mi, and representative Park Jun-seo. Her company, YG Entertainment through its Instagram account YG Stage congratulated Jisoo on her victory.