It is expected that the first season of Sonic Prime will be available on Netflix in the middle of December 2022. 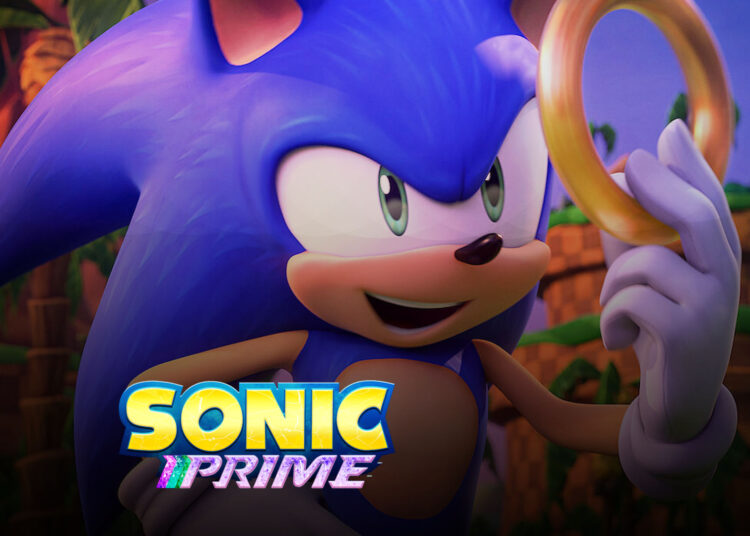 It is expected that the first season of Sonic Prime will be available on Netflix in the middle of December 2022. This will mark the arrival of the recognizable blue Sonic the Hedgehog character on the streaming service. All the information we have about Sonic Prime on Netflix is listed below.

The upcoming animated series Sonic Prime is an original production from Netflix and was written by Justin Peniston, Duncan Rouleau, and Omar Spahi. The project is primarily being worked on by WildBrain’s Vancouver studio, which is the main studio responsible for the production. The series is being worked on by SEGA and Man Of Action Entertainment as well.

To learn more about this next Netflix Original animated series, including the premiere date, cast, storyline, and further details, keep reading.

Sonic Prime Netflix Release Date: Is It Releasing In October 2022?

No, Sonic Prime, a new Netflix original animated series, will not debut in October. Beyond the overall release timeframe of “winter 2022,” Netflix has not yet provided any official confirmation of a release date for Sonic Prime.

The series is aiming for a December 2022 premiere, according to numerous reports. Consequently, it is anticipated that the series will make its Netflix premiere in December 2022. This announcement, along with the official name reveal and logo, came from Netflix on Twitter.

Additionally, it has been announced that there will be 24 episodes in total. Each episode has about a 30-minute runtime. It is improbable that Netflix will broadcast all of the episodes at once rather than breaking them up into different volumes, portions, or seasons. The show has been given a rating of TV-Y7.

What Is ‘Sonic Prime’ About?

Sonic Prime is an animated series created for “kids, families, and devoted fans,” according to Netflix. The Sonic the Hedgehog animated series consists of 24 episodes and follows Sonic and his friends as they embark on a “high-octane adventure” in which Sonic holds the fate of a bizarre new multiverse in his gloved hands.

In his quest to prevent the end of the universe, Sonic will learn more about himself and find redemption.

One of the few upcoming projects after the Blue Blur is Sonic Prime. With Jim Carrey portraying the villainous Dr. Robotnik and Ben Schwartz playing Sonic, Sonic the Hedgehog 2 made its cinematic debut earlier this year.

Both Sonic Origins, a collection of vintage Sonic games to commemorate the 31st anniversary, and Sonic Frontiers, a platform game, will be released later this year on all platforms.

The third entry in the Sonic the Hedgehog film series will soon be released by Paramount. Additionally, an Idris Elba-voiced spinoff series featuring Knuckles the Echidna is in the works.

Also Read: I Used To Be Famous Releasing Today on Netflix.

Deven Christian Mack, who has a long list of voiceover credits, including King Vangelis in LEGO: Ninjago, Chuck in Angry Birds: Summer Madness, and Wynton Styles in Bakugan: Battle Planet, will play the spiky-haired blue hedgehog.

Although the remaining cast members have been identified, it is not yet known what characters they will play. As a result, Deven Mack will play Sonic, according to Netflix. Additionally lending their voices are Brian Drummond, Ashleigh Ball, Vincent Tong, Ian Hanlin, Kazumi Evans, Adam Narada, and Shannon Chan-Kent.

Yes, the first teaser trailer for Sonic Prime, a forthcoming 3D animated series based on SEGA’s renowned hedgehog mascot, has been made available on Netflix. As the Blue Blur must restore reality after unintentionally fracturing the cosmos, the series will send Sonic and his companions on a journey around the multiverse.

The new teaser trailer makes the promise that Sonic Prime would follow the games closely even if it doesn’t reveal anything about the story. The entirety of the trailer is set in Green Hill, the opening zone of the original Sonic game, to start.

Dr. Robotinik, the scientist who appears in yet another enormous mecha robot to battle Sonic in the trailer, is hinted to still be the major antagonist of the franchise. Dr. Robotinik confronts Sonic in Green Hill in the trailer.

Nevertheless, their conflict will shatter reality and send Sonic into the Shatterverse, a world where all dimensions meet, according to the series synopsis.

Additionally, the new teaser hints at a few Sonic Prime supporting cast members. Shadow, a black hedgehog that is an antihero and won’t hesitate to shoot down his enemies, is the main opponent that Sonic faces up against.

The series will feature Big the Cat and Froggy in some capacity, according to the Sonic Prime promo. That shouldn’t come as a surprise, given that the Shatterverse makes it possible for all of the Sonic characters to attend the event. The trailer is available just below: