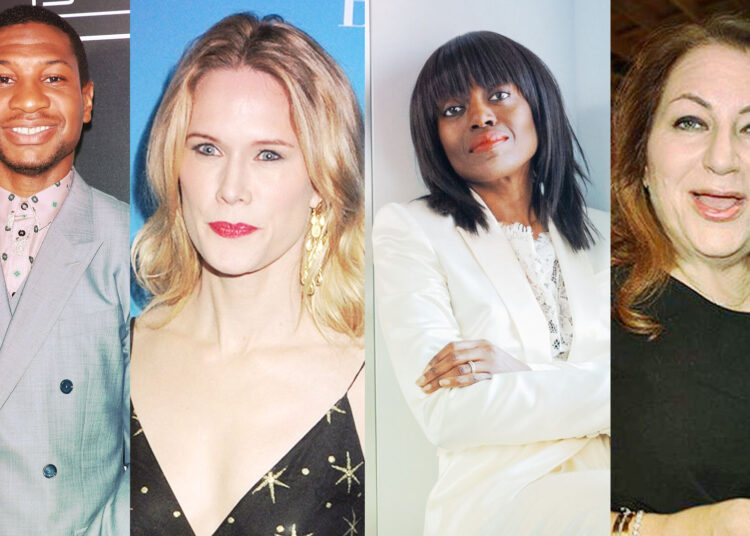 The Hollywood Reporter has learned exclusively that the Gotham Film & Media Institute has added four prominent personalities to its board of directors.

Actors Jonathan Majors and Stephanie March, entertainment marketing and PR specialist Lisa Taback, and businesswoman and women’s advocate Dee Poku have joined the board of the organization responsible for the Gotham Awards.

Here you can check out the New Board Members of Gotham Film & Media Institute.

“We are happy to have these four talented media and entertainment experts join The Gotham’s board,” said Gotham executive director Jeffrey Sharp. With Jonathan, Stephanie, Dee, and Lisa on the board, we’ll have fresh perspectives as we seek out ways to further our purpose and increase our impact.

The Harder They Fall, in which Majors appeared, was honored as an ensemble at the 2016 Gothams; Lovecraft Country; Da 5 Bloods; and The Last Black Man in San Francisco also features him. Devotion, Ant-Man, and the Wasp, Quantumania, and Creed III are just some of the future films that he will be appearing in.

Poku established The WIE Suite as a peer-learning platform and exclusive membership community for women in positions of leadership and creative innovation. Her program, Black Women Raise, is dedicated to aiding black female entrepreneurs in raising funds, expanding their businesses, and opening doors for themselves and other women of color. She has worked as a top marketer for major studios like Paramount and Focus Features.

The Power of the Dog, Don’t Look Up, Roma, Ma Rainey’s Black Bottom, My Octopus Teacher, Marriage Story, American Factory, La La Land, Moonlight, Spotlight, The King’s Speech, Lady Bird, Chicago, and Shakespeare in Love are just some of the films that Taback has promoted for Oscar consideration. Besides The Crown and Squid Game, she spearheaded Emmy efforts for Ozark, Stranger Things, and This Is Us.