The South Korean singer, IU opens up about her hearing problem after her concert. 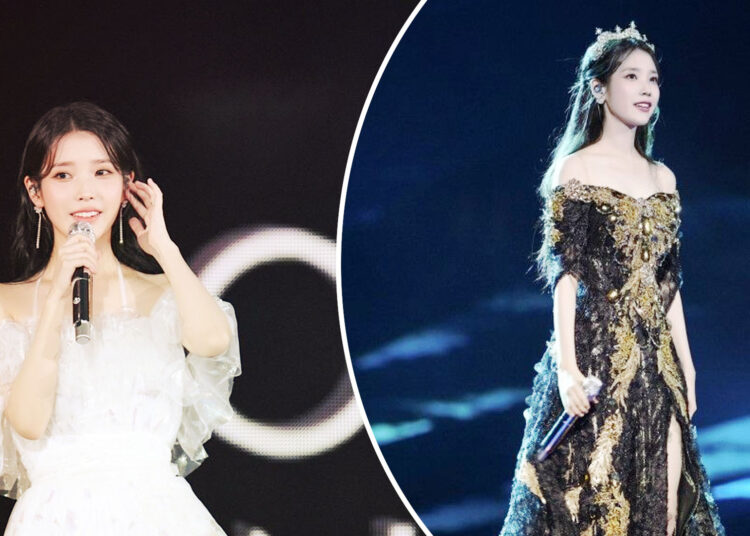 In a recent concert, IU confessed to having hearing issues for a long time. She said that she has been receiving treatment for it for a couple of months.

Latterly, the singer IU performed in her concert “The Golden Hour”. The two-day concert was held at the Olympic Stadium in Seoul on September 17 and 18. It was IU’s biggest live performance in the last three years. Just after the performance while interacting with the audience the singer confessed about her hearing issue.

Many were stunned by her acknowledgment towards the end of the performance because the LILAC singer had been belting out high notes just moments earlier.

The LILAC vocalist received a lot of love and support from the public. They also applauded her for having the courage to speak candidly about her personal troubles during the show.

Here is What IU Shared about Her Hearing Issue.

After her performance, when IU talked to her fans, she confessed, “To be honest, today’s performance was a little difficult.” She further said, “Actually, I have some problems with my ears, so I prepared for the show with a nervous heart.

It’s not serious, but the situation is I can’t control my ears too well and it has been going on since about a year ago.” Adding to this she said, “fortunately, my throat condition was very good, but after yesterday’s performance, my ears got a little worse, so I think I had a bit of a hellish day while rehearsing last night and today.”

She credited all of her followers, thanked them for their support, and said, “I came on the stage thinking ‘I don’t know what’s going to happen as I started the first song but I think that you guys really did everything for today’s performance.”

In spite of not being well, IU performed live in front of a big crowd. The live concert was a huge success for her. Many prominent celebrities attended her concert.

Some of them were BTS’s Jungkook and J-Hope, Yoo In Na, Kim Soo Hyun, Kim Min Seok, Anupam Tripathi, and Park Ju Hyun. Jungkook is one of IU’s biggest fans. He had been admiring her a lot from the beginning.

Recently IU also donated 200 million Won on her 14th debut anniversary. She has been making donations every now and then for the welfare of humanity and society. Her fans adore her a lot for her altruistic work.

Those 200 million won have been donated to the Asian Social Welfare Foundation and the Seoul Metropolitan Child Welfare Association with 100 million each. IU is not only a fascinating actress and singer but also an incredible human being.