White Noise Is It Coming In October 2022?

A new drama film with the title White Noise will soon be available on Netflix, and in anticipation of this, we have compiled a rundown of all there is to know about the movie and shared it with you below. 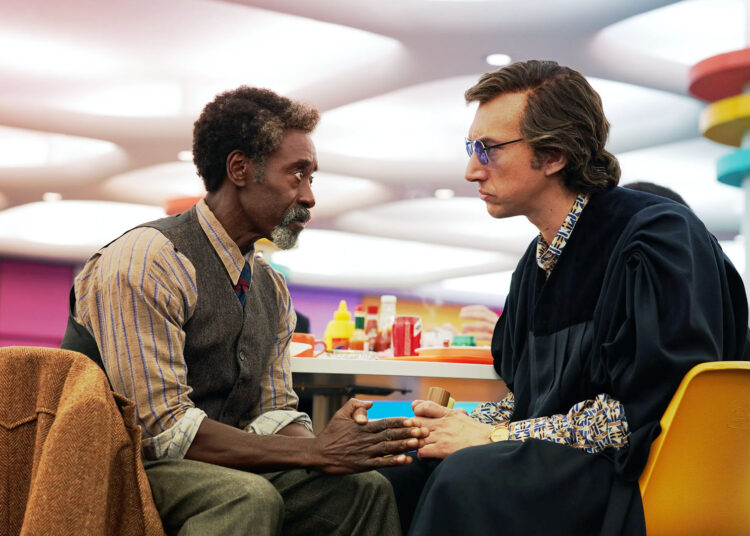 A new drama film with the title White Noise will soon be available on Netflix, and in anticipation of this, we have compiled a rundown of all there is to know about the movie and shared it with you below.

In 2022, Noah Baumbach will release a new film titled White Noise, reuniting him with Greta Gerwig, who is also Baumbach’s partner and regular collaborator with Adam Driver.

Baumbach has established himself as a director who consistently captures the interest of moviegoers with films like Marriage Story and Frances Ha, and White Noise looks ready to do the same.

An adaptation of Don DeLillo’s 1985 book of the same name, White Noise, is a 2022 apocalyptic black comedy film that Noah Baumbach wrote and directed.

Not to mention that the film is based on a Don DeLillo book that has received excellent reviews and even won the National Book Award. Baumbach is making his eleventh narrative feature movie, and this one is the first one that isn’t based on one of his own original stories.

Everything we currently know about White Noise, including the release date, cast, storyline, and other relevant updates, is listed here. Therefore continue to read this article all the way through.

White Noise Netflix Release Date: Is It Coming In October 2022?

Prior to its December 30 streaming release, Netflix will distribute the movie in theatres in the US on November 25, 2022.

The production began its principal photography in June of 2021, under the working title Wheat Germ. Locations used for filming included the University of Akron for roughly six weeks, Cleveland Heights, The College of Wooster, Wellington, Oberlin, Dorset, Andrews Osborne Academy in Willoughby, and Canton Central Catholic High School in Perry Township near Salem.

On November 4, 2021, filming was conducted in the downtown area of Cleveland, with several sequences being shot on the Hope Memorial Bridge.

What Is The Plotline Details Of The Film?

The movie White Noise is based on the same-named book by Don DeLillo. The protagonist of the narrative is Jack, a professor of history who teaches Hitler studies at a liberal arts university in Middle America. When an airborne toxic event occurs in their town, he is forced to face mortality along with all of the issues that it brings with it while he is living with his family, which includes his fourth wife, Babette, and their children.

White Noise’s official teaser trailer has been made available via Netflix. Although it appears to be a completely different kind of Noah Baumbach film, we can definitely assume that he will add his own special touch to this story.

The mysterious trailer for the film White Noise allows viewers to see Baumbach’s depiction of the film’s pivotal event—a chemical explosion that unleashes a toxic cloud that hangs over the story and its protagonists. The White Noise teaser may be seen below.

Who Is Noah Baumbach?

Noah Baumbach is a film director from the United States. He was nominated for an Academy Award for directing and writing the films The Squid and the Whale (2005) and Marriage Story (2019), the latter of which made him one of the few screenwriters to ever win “The Big Four” critics’ awards: the National Board of Review, the Los Angeles Film Critics Association, the New York Film Critics Circle, and the National Society of Film Critics.

Numerous other movies have been written and directed by him. Kicking and Screaming was Baumbach’s first film as a writer and director, and it was released in 1995. The film is a comedy about four young guys who graduate from college but refuse to go on with their lives.