At the Toronto Film Festival, the famous singer-songwriter showed off her directing skills by showing her short film "All Too Well" in 35mm. 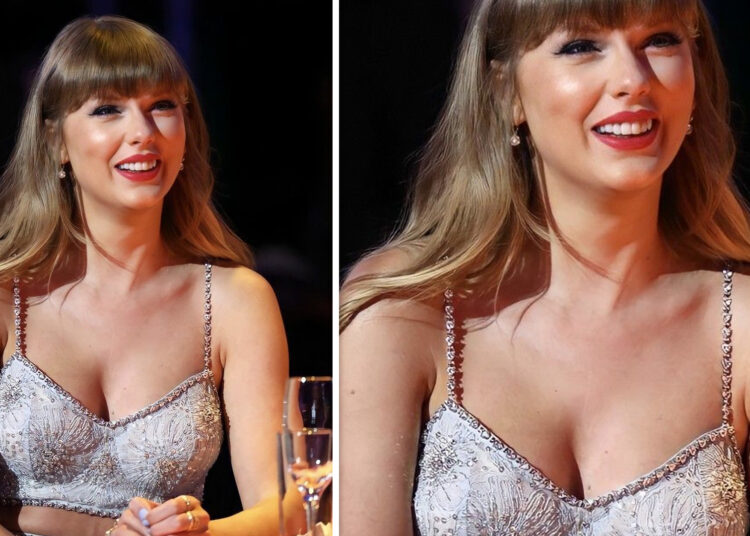 Taylor Swift, a singer-songwriter, has expressed her ambition to direct feature films.

During a Toronto Film Festival interview, the singer-songwriter said, “If it were the right thing, it would be such a pleasure and an honour.” She declared, “I will always want to portray human tales about human emotion,” before mentioning other female filmmakers, Nora Ephron, Chloe Zhao, and Greta Gerwig, as inspirations for her young career.

“It’s very lovely that we’ve arrived at a point where the thought of a female director no longer makes you roll your eyes or think as skeptically as it previously did,” Swift remarked.

During the conversation, the singer-songwriter discussed her journey as a film director, beginning with songwriting and then putting words and music to film using storyboards and a shot plan.

Swift noted that her path into filmmaking did not happen suddenly and that she advocated for incremental steps. “I did not attend film school.” “I’ve worked on roughly 60 music videos and learned a lot from the process,” she said.

“But when I did it on my own, I really started to understand everything,” Swift said, directing her first music video for “The Man,” a song off her 2019 album Lover. She subsequently led music videos for her hits “Cardigan” and “Willow.”

“It was always a part of the process, establishing visuals,” Swift said of her early singing career, in which she created and shot music videos. “The more responsibility I accepted, the happier I became.”

Swift said that viewing John Hughes’ Sixteen Candles over and again influenced the development of her album in 1989. She also enjoyed Guillermo del Toro’s The Shape of Water, which she claimed to have watched during the epidemic and considered unique.

Swift referenced Kramer vs. Kramer, A Love Story, and other 1970s masterpieces, stating, “In my view, there was a moment in the 1970s when you began to see romantic films where the characters are so wonderfully weaved together, and then they disintegrate.”

Swift stated of a fight scene involving co-stars Sadie Sink and Dylan O’Brien, “You can tell a lot about individuals by how they fight.” “She feels out of place, and he is unprepared to deal with it.”

According to Fox News, Swift also makes a cameo appearance in the video. Sink and O’Brien’s characters dispute after spending time with friends in one scene, then reconcile. However, when the plot flashes back to better times in their relationship, Sadie’s character is seen to be truly upset after they break up.

“I felt like viewing it this time because there was a depth to the color and contrast that I hadn’t observed before.” “I’m glad to have had the opportunity to share it with you guys,” Swift remarked after the screening.