Must Watch Movies and Shows of Ana De Armas

Following is the list of important series and movies in which De Armas has starred. 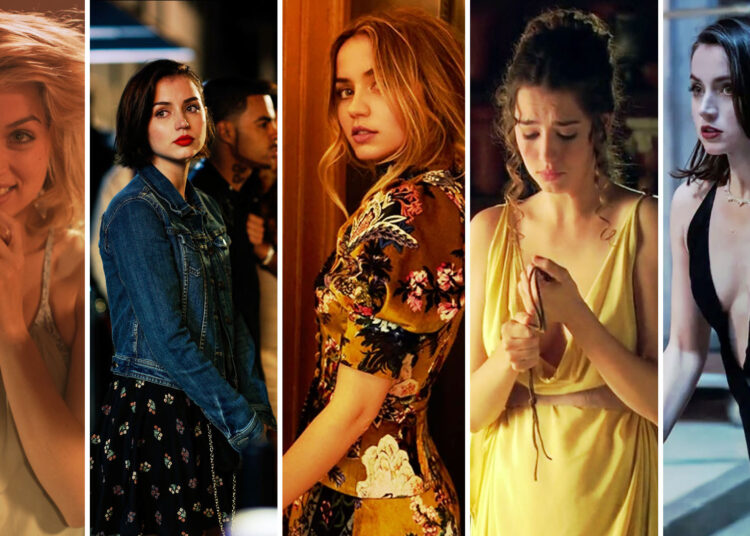 Cuban-Spanish actress Ana de Armas has recently become a topic of critical acclamation after starring as the lead role in the much-talked-about 2022 movie ‘Blonde’. But De Armas’ career features more successful roles which include both English and Spanish language series and movies. This article lists some of her significant filmographies.

Eli Roth has directed this American psychological thriller movie that casts De Armas as Bel, one of the two women who knock at the door of a happily married man named Evan played by Keanu Reeves, and seduce him.

The movie had a Sundance premiere on January 23, 2015, and was released on October 9 that year in the United States.

Gee Malik Linton’s thriller movie revolves around the two main characters- a police officer investigating the suspicious death of his partner and a young woman who has something to do with the death.

Detective Galban is played by Canadian actor Keanu Reeves and the young woman Isabel de la Cruz is played by De Armas in the movie that got released on January 22, 2016, in the United States.

Todd Phillips’ black comedy crime movie stars De Armas as Iz, the girlfriend of massage therapist David Packouz, portrayed by Miles Teller. It was released on August 3, 2016, in New York City and on August 19 in the USA.

This action thriller movie revolves around two brothers being forced to work for a gang leader by stealing the most precious vehicle of his enemy.

De Armas plays Stephanie, the girlfriend of one of the brothers Andrew Foster played by Scott Eastwood, and the other brother Garret Foster is played by Freddie Thorp. The movie was released in 2017 on 11th August in the UK and on 16th August in France.

Sequel of the 1982 movie ‘Blade Runner, this neo-noir sci-fi movie is about a police officer seeking out a former blade runner missing for almost three decades.

The police officer known as K is played by Ryan Gosling and Joi, his holographic A.I. girlfriend is played by De Armas. It was released on October 6, 2017, in the United States.

Adapted from Roslund & Hellström’s novel ‘Three Seconds’, this British crime thriller movie stars De Armas as the wife of an undercover FBI informant in which she co-starred with Joel Kinnaman, Rosamund Pike, and Clive Owen.

The movie premiered at Toronto International Film Festival on September 7, 2019, and on November 27 in the USA in the same year.

This American crime movie casts De Armas as a character named Andrea Rivera who she co-stars with Tye Sheridan and Helen Hunt. It was released on February 21 in 2020 in the USA.

Undoubtedly the most promising movie in De Armas’ career now, ‘Blonde’ chronicles the life of the legendary actress Marilyn Monroe and delves into the success, tragedy, and misconceptions surrounding her life. De Armas received critical acclamation for her acting in the movie.

In this romance adventure movie, Ana De Armas made her debut as an underage girl Marie, a victim of human trafficking. It was released on February 3, 2006, in Spain.

This coming-of-age comedy movie stars Ana de Armas in the role of Carola and it was released on March 27, 2009, in Spain.

In this rom-com movie, Ana De Armas stars Sol opposite Dani, played by Martiño Rivas as the film revolves around their romantic relationship. It was released on May 16, 2014, in Spain.

In this popular teen drama series, De Armas was cast for six seasons in the role of Carolina Leal Solís. This role gave her prominence as an actress. It ran from May 24, 2007, to October 13, 2010.

This adventure series is set in the time of the conquest of the Iberian Peninsula in the 2nd century BC and casts Ana De Armas as a character named Nerea. The series ran from October 25, 2010, to June 25, 2012.