The show Easy-Bake Battle, which will be presented by Antoni Porowski of Queer Eye, will focus on the well-known Easy-Bake Ovens that many of us grew up with. 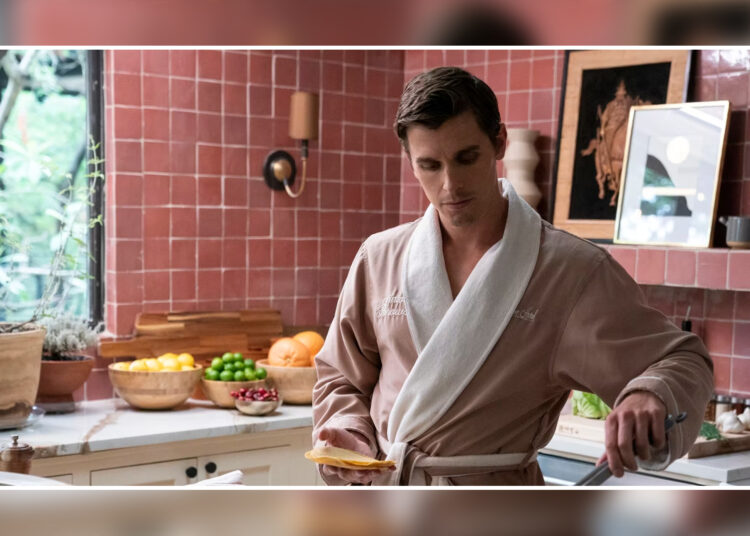 Easy-Bake Battle Update: Netflix is getting a brand new cooking competition series. The resident foodie from the popular Netflix series “Queer Eye,” Antoni Porowski, is bringing his cooking skills to another reality series called “Easy-Bake Battle” for the platform.

The show Easy-Bake Battle, which will be presented by Antoni Porowski of Queer Eye, will focus on the well-known Easy-Bake Ovens that many of us grew up with. We are very enthusiastic about this show as someone who spends an excessive amount of time watching videos of people utilizing Easy-Bake Ovens on YouTube and TikTok.

The cooking and food-related series on Netflix has been very popular. The recent huge hit got renewed for a second season, and the streaming service has a tonne of additional well-liked programs like Sugar Rush and School of Chocolate. Iron Chef: Quest for an Iron Legend, another highly anticipated Netflix original, was also released in June. As a result, if you’re interested in learning more about this next cooking competition series, such as the release date, cast, and storyline, read this article through to the end.

This fall, Porowski’s cooking competition Easy-Bake Battle will make its streaming premiere. The Netflix television series “Easy-Bake Battle” is scheduled to debut on October 12, 2022. Eight 30-minute episodes will make up the first season.

The host of the cooking competition program will be Antoni Porowski from Queer Eye. Porowski will serve as one of the show’s guest judges along with Iron Chef’s Kristen Kish and Nailed It star Jacques Torres. Kish and Torres contributed to the creation of the program as well.

The Plotline Of The Easy-Bake Battle

The eight 30-minute episodes will follow participants as they compete in the kitchen to prepare delicious yet straightforward meals while utilizing the incredible power of Hasbro’s Easy-Bake Oven. Each episode will feature a different group of exceptional home cooks who can create mouthwatering meals that are even approachable to individuals who are not particularly culinary inclined.

The participants will be pushed to their limits as they race to finish their sweet and savory creations as the clock runs out. The chef who masters speed, ease, and flavor will win $25,000 in each heat, with the winner having the chance to take home up to $100,000.

Cooking doesn’t have to be as challenging as life sometimes can be. Easy-Bake Battle is a new cooking competition series that was inspired by Hasbro’s legendary Easy-Bake Oven.

The series features experienced and incredibly savvy home cooks, all of whom have a tonne of heart and soul, competing against one another and employing their most innovative kitchen hacks to demonstrate who can produce the easiest, quickest, and tastiest cuisine.

Porowski, who is well-known for his love of simple cuisine, has served as the culinary expert on Netflix’s revival of the beloved series Queer Eye since it debuted in 2018. Over the course of its six seasons, the instant sensation has taken fans on innumerable moving adventures.

Porowski, a specialist in food and wine, Jonathan Van Ness, Tan France, Karamo Brown, the inspirational life coach, and Bobby Berk, the design and construction genius, make up the cast. The gang assists a person in need in every episode to realize their full potential.

Porowski’s philosophy for the series is to make cooking as simple as possible because she is aware that not everyone has the time to prepare a Michelin-rated meal. Each week’s nominee receives instruction from Porowski on at least one meal and frequently an appetizer, as well as various tips and tactics to make their time in the kitchen as simple and fun as possible.

Porowski and his coworkers gained renown through the sitcom, and in 2019 they each won an Emmy Award. They also each had their own successful spinoffs.

After publishing Antoni In The Kitchen, a cookbook and memoir, Porowski achieved success in the form of being a New York Times bestseller author. He is now on his way to hosting his own show. They grow so quickly.

He’ll also add the title of executive producer, a position he’ll share with Wes Kauble, Tara Long, Geno McDermott, and Daniel Calin from eOne, with Calin serving as the showrunner. Viewers can anticipate a fun series with a variety of simple at-home dishes due to Porowski’s wit, charm, and passion for the culinary arts.