After Instagram Rant, Kanye West Had Meeting With Kim Kardashian For Kids Schooling!

Kanye West has said he had a good meeting with his ex-wife Kim Kardashian related to kids and their school. 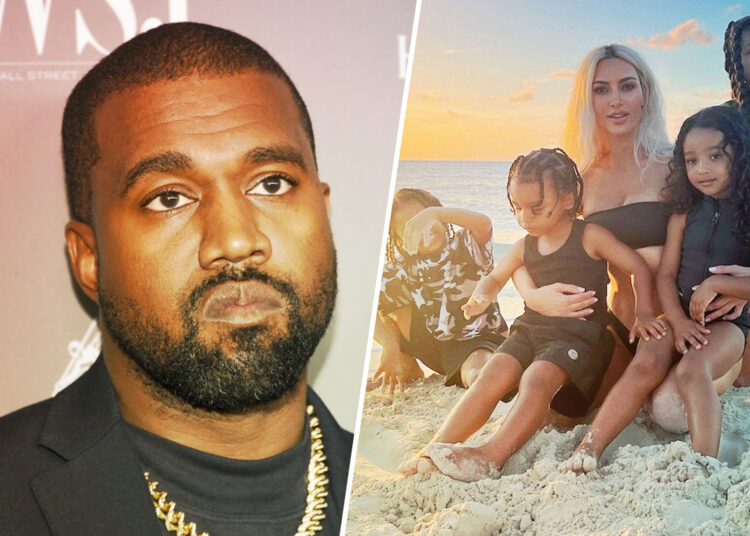 It seems to be as if Kanye West has upset his ex-wife Kim Kardashian and mother-in-law, Kris Jenner. It is very hard for some separated couples to come to a point for their kids or even for themselves that is mutually agreed upon.

Something like this was seen between Kim Kardashian and Kanye West a few days ago about kids going to school. But according to a recent report, Kanye West has said he had a good meeting with his ex-wife Kim Kardashian related to kids and their school.

After creating so much drama on social media, the 45-year-old Kanye West was somehow able to talk to Kim Kardashian about kids and them attending the school. He informed us of all these things through his Instagram which was posted on 3 September 2022.

In that post, Kanye West has written “just had a good meeting with Kim about the schools”. He said he was sorry as he took so long because of the meeting but later on talked about Adidas stock.

Also Read: Kris Jenner Was Hurt By The Instagram Rant Of Kanye West, Called It Not Surprising!

Here is what Kanye West says about the meeting with Kim Kardashian.

According to the latest update that happened after the social media rant of Kanye West, the parents of four kids have discussed it a lot and may have concluded the kids attending the Donda School.

It was on 1 September 2022 when Kanye said he was not having North and Saint in a private school in Los Angeles and that is the reason why he would prefer them in some other Academy.

This new Academy is called Donda Academy which is in Simi Valley, the school was officially opened in 2022 under the name of the late mother of Kanye West.

It was on the same day when Kanye West shared some screenshots and declared that he wants to talk about all these things with Kim Kardashian in person. In that message, Kim Kardashian was saying him to stop which was actually sent by the mother of Kim Kardashian, Kris Jenner.

Talking about Donda Academy then the admission of this Academy has already got closed on 10 June 2022 as per the website details. This institute has a lot of sports and other art programs involved in it.

The only idea is to allow students for proper guidance which will be based on their interests and skills. All the students of this Academy grow in their phases and community with the routine of daily school life.