Disha Patani will make you drool over her s*xy Filmfare outfit.

The Ek Villain 2 actress Disha Patani is known to increase temperature with her hot posts on Instagram and she has done it again. 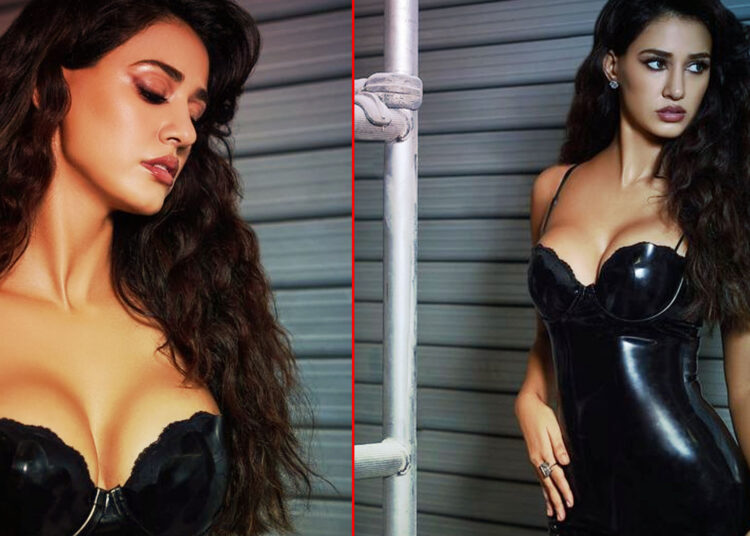 There is no other diva in Bollywood like Disha Patani, she is arguably the sexiest female actress in the industry right now, from having an amazing body to naturally beautiful looks and from having sensational dancing skills to unmatchable fitness goals, Disha is in a league of her own.

Disha Patani can easily be called the queen of Instagram, she is one of the most followed celebrity on Instagram with over 53 million followers and she shares her daily skincare and fitness regime with her fans over there.

We all know Disha is a fitness freak and her photos and videos from the gym really amaze her fans but beside that Disha’s fashion game is just unmatched, her outfit selections are always unique and sensual.

Here you can check out some recent posts of Disha Patani.

Recently Disha shared an Instagram post wearing a black bodycon dress which was made of latex, it’s the outfit that Disha wore at Filmfare Awards and we can only imagine how sensual she must be looking walking on the red carpet.

The post fetched over 1 million likes and over 10k comments from fans and industries well known including Tiger Shroff’s mother Ayesha Shroff, her comment must have left many fans scratching their head as there are rumors that Tiger and Disha have parted ways after dating for more than 5 years.

Disha in an interview last month clearly told that she has failed to win Tiger’s heart and her relationship is at a dead end.

The news surely broke hearts of their fans, Tiger and Disha started dating when they first met at the sets of Baaghi 2, and since then they have a very secret kind of relationship which was going good until the breakup rumors, although Tiger hasn’t spoken on the matter and we will definitely keep you updated on the matter.