Disney Dreamlight Valley's idea is concise: what if Animal Crossing's life simulation gameplay was combined with Stardew Valley farming, and all the townspeople were swapped out for Disney characters? 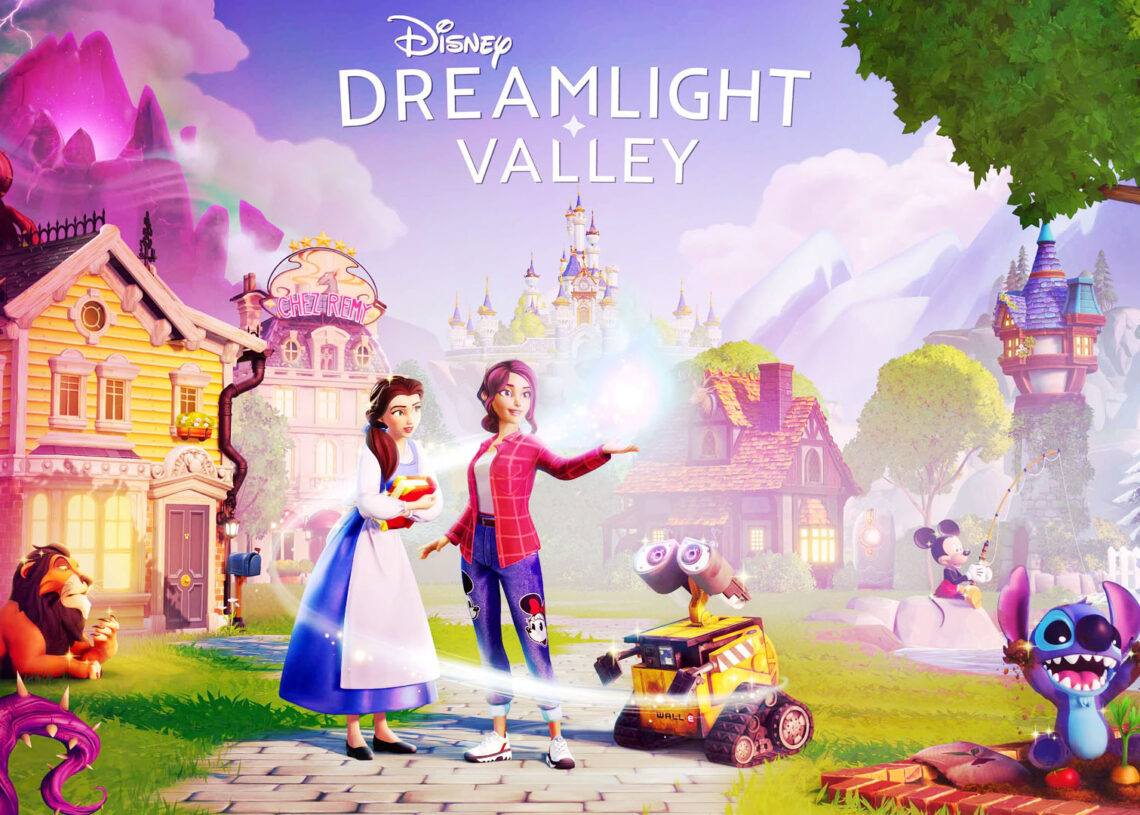 Dreamlight Valley assigns you to assist Disney characters in recovering from “The Forgetting,” a mysterious occurrence that has left them with severe memory loss and toxic Night Thorns scattered over their world.

First, you’ll visit many Realms with Disney and Pixar themes to find new characters to aid you and then house them in Dreamlight Valley. After that, you may get closer to them by finishing their tasks, giving them presents, or simply chatting with them.

When you’re fishing in the early morning hours in the hopes of catching a Great White to put in your aquarium or taking care of your crops on a busy harvest day, These are the best versions of Animal Crossing as well as Stardew Valley.

Both games have the objective of helping you improve your surroundings, but the focus is on the journey rather than the result. For example, many people who played Animal Crossing would tell you that cheating to get more excellent furniture ruined the game.

Also Read: The Cloudpunk Release Date, Characters, Gameplay, and What we know so far

I’m also doubtful about how it will be made profitable. Disney Dreamlight Valley is a free-to-play game with a confirmed Battle Pass called a Star Path and in-game cash that can be purchased (buyers of the game’s Founder’s Pack will get an undetermined amount).

However, when I asked about potential microtransactions, I was informed that the game would have a premium currency called Moonstones, which can be acquired either through in-game currency or real-world purchases.

The premium track of the Star Path may be unlocked using these Moonstones, and they can also be used to bypass quests there and buy cosmetic items from the in-game shop.

The usage of micro-transactions is a worry because this game is all about acquiring new goods and has that as its major motivating factor.

During my limited experience with the game, it appeared that there were many unlockables, but given that its life will depend on how well your island is improved, what happens if the best upgrades are hidden behind microtransactions? I hope my worries are unwarranted, but it’s hard to avoid being pessimistic about how Dreamlight Valley will be made profitable.

If such fears are unfounded, what’s in store for Disney fans might be a tremendous delight. The ability to freely modify the world and decorate it with furniture from Disney and Pixar’s most famous properties is a kid’s dream, and visiting Realms based on various movies is an exciting concept — even if the Moana Realm supplied little more than collecting wood and silk for her.

Of course, given that I only played a small portion of the game, it’s tough to determine whether subsequent Realms will be more prosperous. Still, there’s plenty of space for players to go deeper into some of their favorite Disney and Pixar locations.

And that’s mainly what I took away from Disney Dreamlight Valley: enthusiasm about its potential, mingled with skepticism about its monetization.

We won’t know how much of an influence these Moonstones have on Dreamlight Valley until the whole game is published, but fingers crossed that they won’t sully what a beautiful game premise is.

On September 6, 2022, Disney Dreamlight Valley will be available in Early Access.