Lou Netflix Release Date: Is It Coming In September 2022?

With the upcoming film Lou, Netflix is making preparations to revive the pleasure and excitement it once provided. 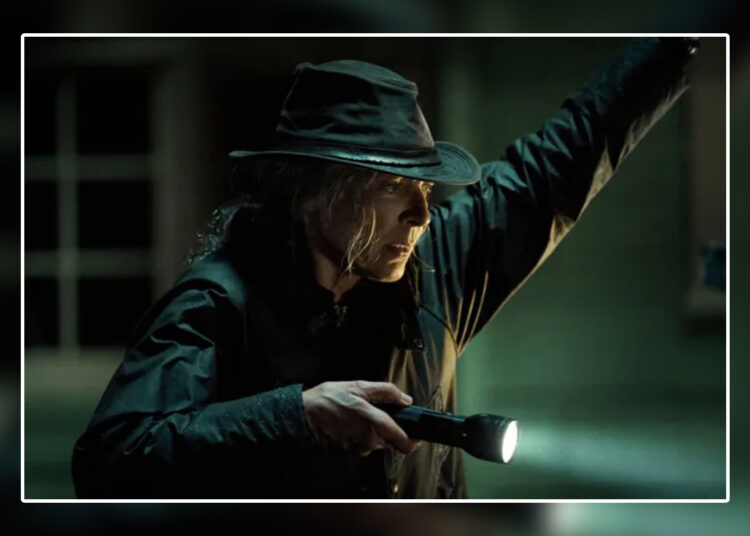 With the upcoming film Lou, Netflix is making preparations to revive the pleasure and excitement it once provided. Also, during the past year, Netflix has been on an acquisitions binge, and the majority of its attention has been on blockbuster smashes as well as films that have a good chance of being nominated for awards.

In the latter category, we have Lou, which will star Allison Janney as the title heroine, and she is a strong contender to receive a nomination for her performance.

Anna Foerster, who is most recognized for her work on Outlander, Jessica Jones, Underworld: Blood Wars, and Westworld, will direct the upcoming film, Lou.

The screenplay for the film was written by Maggie Cohn (The Girl Before, American Crime Story), and it was revised by Jack Stanley. J.J. Abrams and his Bad Robot production firm, along with Braden Aftergood (Hell or High Water), are planning to develop the film independently before licensing it to Netflix.

So, if you’re inquisitive and want to learn everything there is to know about the new action drama movie Lou, including its cast, narrative, Netflix release date, and more, read this article through to the very end. Without further ado, let’s talk about what is in store for us.

Lou Netflix Release Date: Is It Coming In September 2022?

Yes, the new Netflix movie is set to premiere in September. On September 23, 2022, it will be made available on Netflix. The film will center on an enigmatic woman who steps in to aid after her neighbor’s daughter is abducted on a stormy night.

Major Casts In The Upcoming Movie:

In 2019, Allison Janney was selected to play the role of Lou, the eponymous character, and it is without a doubt another job that has the potential to bring her prizes. For her supporting part in the Margot Robbie-led film I, Tonya, Janney has already received an Oscar and a Golden Globe. She is also a six-time Emmy winner.

Lou is a woman who believes she has finally moved on from her past until a frantic mother (Smollett) asks her to save her kidnapped daughter in the middle of a terrible storm. Along with the two main actresses, Ridley Asha Bateman, Matt Craven, and Logan Marshall-Green also star in the movie. Thus, the whole cast is listed below.

Story Details Of The Movie Lou

In the movie Lou, a young lady and her landlord, played by Allison Janney, work together to recover the young woman’s missing daughter after the woman’s daughter was kidnapped by the woman’s ex-husband. A “hard-shelled and rule-breaking lady” with a specific set of capabilities, including outstanding tracking ability, is how Janney’s character is described. The film pitches itself as a feminist revenge thriller and has been compared to Thelma and Louise and Taken.

The official synopsis for Netflix’s Lou is as follows:

A senior citizen who makes a meager living on a secluded island is compelled to assist her stupid neighbor in rescuing her daughter, whose ex-husband has abducted her and fled into the woods. Janney will play the role of the landlady, who is described as having a tough exterior and a penchant for breaking the rules. In addition to her other skill sets, she has quite an amazing tracking ability.

Is There A Trailer For Netflix Lou?

Yes, the developers of the movie have already released the trailer. The upcoming action-thriller Lou, starring Anna Foerster, has its teaser broadcast on the world’s largest streaming service on August 22, 2022. The trailers hint at a lot of mystery, action, and adventure; nevertheless, Lou also explores the minds of its two main characters as well as the mystery at hand. The trailer can be seen here:

Anna J. Foerster is a film and television cinematographer and director who was born in Germany but currently resides in the United States. She is best recognized for her work with filmmaker Roland Emmerich, contributing in a variety of roles to all of his films since Independence Day (1996), with the exception of The Patriot (2000).

Underworld: Blood Wars (2016) was Foerster’s first attempt at directing a full-length feature film. The movie is an action horror. She was rumored to be working on a movie called Secret Hunter based on the Ranulph Fiennes book The Secret Hunters in 2008. (2002).

Lou, a thriller about a woman trying to locate her kidnapped child, was directed by Foerster in 2016. J.J. Abrams and his production firm Bad Robot engaged Foerster to do so.