Buy My House Is It Coming In September 2022?

The reality show would resemble Shark Tank, but instead of start-up firms, it will focus on real estate, claims TV Insider. Four real estate tycoons will compete for homeowners' attention. 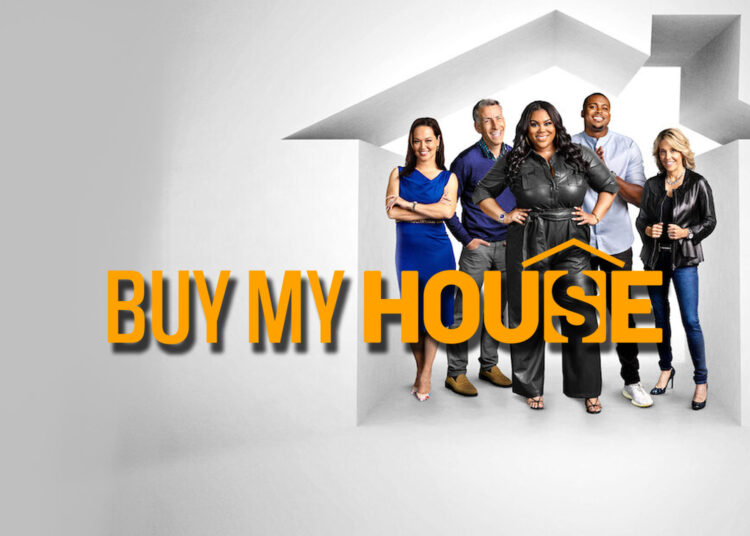 Where are aspiring home and interior design enthusiasts? In any case, Buy My House, a new Netflix series will debut this fall. And based solely on a few of the promotional images, these houses are stunning.

In the hopes of striking a deal that will change their lives, the new Netflix series Buy My House brings together homeowners and real estate investors from all around the country.

The show also features four seasoned real estate investors who are pitching houses for sale to homeowners from throughout the US in the hopes of striking a game-changing deal right away.

The reality show would resemble Shark Tank, but instead of start-up firms, it will focus on real estate, claims TV Insider. Four real estate tycoons will compete for homeowners’ attention.

In the upcoming series, executive producers Tom Forman, Jenny Daly, Matthew Pickel, Moira Ross, and Dan Morando all work together. Before the premiere of the Netflix Original, here is everything that we know about it.

Buy My House Release Date: Is It Coming In September 2022?

Yes, the first season of Buy My House will air in September. The first episode of the brand-new show “Buy My House” will air on Netflix on Friday, September 2, 2022. There will be six episodes of 30-minute running time.

Nina Parker is the host of the program. The following is a list of the four real estate tycoons we’ll see:

Redfin is led by Glenn Kelman, who serves as its Chief Executive Officer. Glenn co-founded Plumtree Software and was its vice president of marketing and product management before joining Redfin.

Additionally, he worked with Stanford Technology Group as a product manager. Three investments were made by Glenn Kelman. Their most recent investment was Series A – Abodu, which was funded with $20M on July 15, 2021.

The Corcoran Group, the top residential real estate company in the nation, is led by Pamela as president and CEO.

Corcoran is the top brokerage business in each of the markets it serves, including New York, the Hamptons, and South Florida, with sales of more than $21 billion yearly.

Pamela turned Corcoran into one of the most prominent and prosperous real estate companies in the country.

She increased Corcoran’s presence in important East Coast areas by acquiring elite businesses in the south Florida and Hamptons markets as well as Citi-Habitats, the biggest rental brokerage firm in New York City.

3. Copeland, a linebacker in the NFL

The director of Penn’s Makuu Black Cultural Center, Dr. Brian Peterson, and Copeland’s financial literacy program is back at Penn after Copeland spent two summers as an intern at the investment bank UBS during college.

What Is Buy My House About?

In the new series, American homeowners will travel to four real estate investors to immediately sell their homes.

The owners of these “amazing and unusual” homes, according to Netflix, offer touching backstories and engage in “heart-pounding” negotiations with the tycoons.

The series features eminent real estate experts who will support property owners in entering into discussions and selling their properties.

Homeowners from all over the country come to sell their homes directly to one of four real estate tycoons, including NFL linebacker Brandon Copeland, Corcoran Group CEO Pamela Liebman, and investment property tycoon Danisha Wrighster. The owners share heartbreaking backstories and engage in heart-pounding negotiations with the tycoons as they put incredible and one-of-a-kind homes up for sale.

Is There A Trailer For Buy My House Season 1?

Yes, Netflix did release the Buy My House trailer. On August 18, 2022, the major streaming service released the trailer for the upcoming program Buy My House. The trailer is available just below:

About The Host Nina Parker

Parker, who hails from the United States, has worked in journalism and the fashion industry. Parker co-hosts the E! late-night entertainment news program Nightly Pop, which began in 2018. 2007 was the start of her showbiz career at TMZ.

She later started working for The Insider as an entertainment correspondent in 2011. She took over as the host of the Love & Hip Hop reunion series in 2015 and did so until 2020.