Jennifer Lopez and Ben Affleck Shopping for Wedding with Kids

Jennifer Lopez is totally ready for her second marriage as she went on shopping with Ben Affleck! 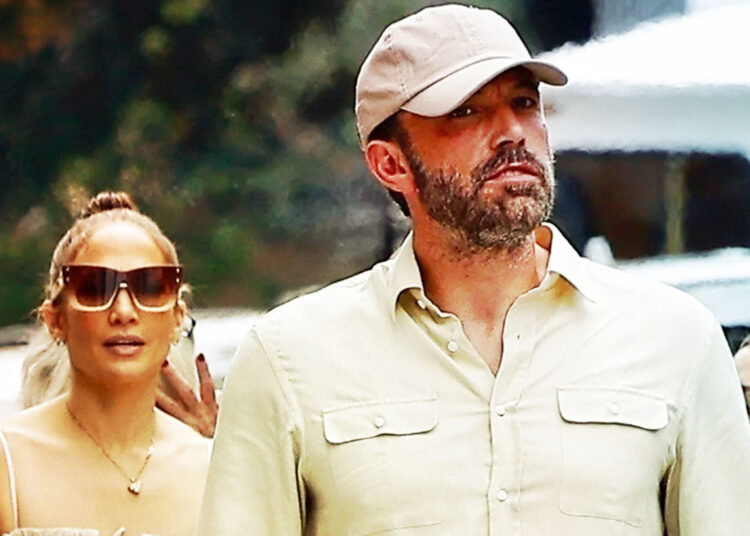 Recently Ben Affleck and Jennifer Lopez were spotted shopping for weddings with kids. If marriage is on the way then the most important thing is to decide what to wear and what not. Shopping related to marriage is one of the crucial things any bride and groom need.

If we talk about celebrities then it becomes the most important as they are public figures and surrounded by a lot of media. Talking about such things then we have Jennifer Lopez and her husband Ben Affleck who were seen doing some shopping for their wedding.

The newly married couple Jennifer Lopez and Ben Affleck are again going to get married and that is the reason why they were seen doing some shopping. It was not just these two but also their kids who contributed to the shopping. They were exploring Savanna with all their kids on 18 August 2022. They were seen walking down the street including the famous River Street.

The couple was also seen having some coffee and when it comes to their kids then they were seen drinking some hot drink. The oldest daughter of Ben Affleck was as tall as her dad and was seen in a Maxi dress. She was seen wearing her dress with grey sneakers and walking behind her father.

Jennifer Lopez Was Seen With Ben Affleck And Kids For Wedding Shopping!

Coming to the look of Jennifer Lopez then she was seen wearing signature sunglasses and holding a cup of coffee in her hand. She was wearing a chain and a white top with white pants while her style was up in a bun. Ben Affleck was seen in his usual attire which was just a tan shirt and blue jeans with black sneakers. He was also wearing a baseball cap while walking on the street.

They both were also looking here and there down the street. Coming to their marriage then they already married legally and got their marriage license on 16 July 2022.

It was a very close ceremony with their kids and their family. The couple is right now going to get married on the property of a 50-year-old actor.

They are going to have a grand wedding which will have the presence of a lot of celebrities. The wedding is going to start on 19 August and it is on 21 August when then finally get married and have a picnic. The reception is going to happen on 20 August and they will be spending some more time with each other.

It was recently when Ben Affleck turned 50 years old. Jennifer Lopez has given him a surprise on his birthday with their kids. They had a great time celebrating his birthday and making it special for him.