Daniel Levy, who was nominated for a Primetime Emmy Award and won, has joined the cast of the program for its next season. The show will return with its original cast. 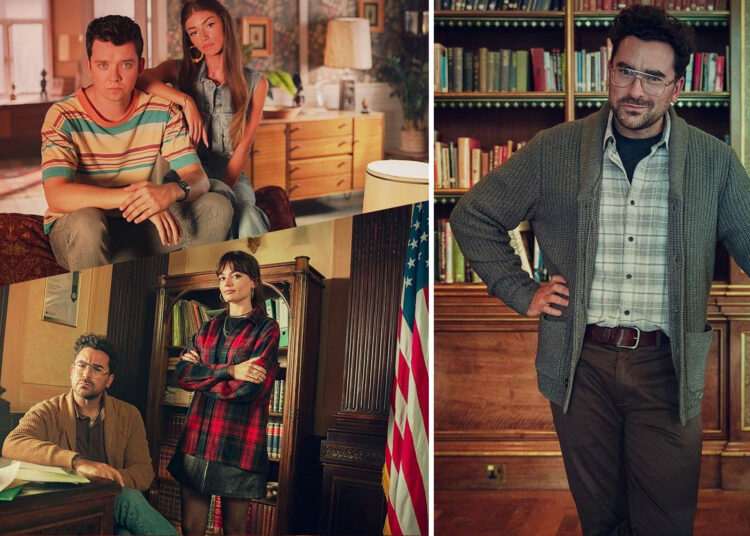 Dan Levy, star of the television show Schitt’s Creek, has been cast in the upcoming season 4 of the popular Netflix comedy-drama Sex Education, where he will feature with the original cast members Asa Butterfield, Ncuti Gatwa, Aimee-Lou Wood, Emma Mackey, and others.

The popular comedy Schitt’s Creek, for which he was nominated for four Emmys, came to an end in 2020, making this the Canadian actor’s first significant part in a written television series since then.

Thaddea Graham, Marie Reuther, and newcomers Felix Mufti, Anthony Lexa, Alexandra James, and Imani Yahshua will join Dan Levy in Season 4 as series regulars in addition to their appearances in the previous season.

Following the closing of Moordale Secondary School, Otis and Eric must now confront a new challenge: their first day at Cavendish Sixth Form College. This is the official logline that Netflix has provided for season four. Otis is anxious about opening his new clinic, while Eric is hoping that they will not come out on the losing end once again.

The students from Moordale are in for a rude awakening when they attend Cavendish since they believed that they attended a progressive institution, but this new college is on a whole other level. There is yoga practiced every day in the community garden, there is a strong focus on sustainability, and there is a group of children who are well-known for being… kind?!”

Jackson is still having trouble moving on from Cal, while Viv is completely taken aback by the college’s student-led, non-competitive attitude. Aimee decides to broaden her horizons by enrolling in an Art A Level class, while Adam struggles to decide whether or not he should pursue a traditional degree.

Maeve is now living out her dreams in the United States, where she is a student at the famous Wallace University and is being instructed by the cult novelist Thomas Molloy.

While Otis is adapting to the fact that he is no longer the only kid at home or the only therapist at school, he can’t stop thinking about her.

Filming for the next season of Sex Education is now taking place in Wales, and it is anticipated that production for the show will continue until 2023. Netflix users may presently view seasons 1-3 of the show.