According to the show's creator, Attorney at Law would explore a "lighter side" of Daredevil in addition to introducing the character to the Marvel Cinematic Universe.

by Sk Rafikul Islam
Reading Time: 4 mins read
A A
2 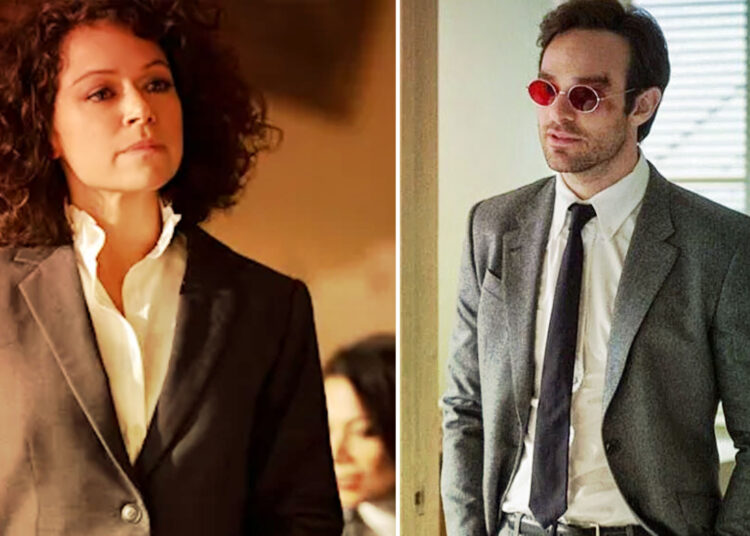 She-Hulk: Attorney at Law Episode 1 Release today on 18th August 2022, and Episode 2 will be released on 25th August till then let’s find out the details you missed in episode 1.

Due to the premiere on Disney+, She-Hulk will officially introduce Daredevil to the MCU. Fans are pumped because Charlie Cox, who portrayed Daredevil in the hit Netflix series from 2015 to 2018, has been cast in the role.

Fans, however, may be in for a shock if they are counting on the figure being the same gritty, gloomy presence they remember from the comics. ‘a lighter aspect of that character,’ as head writer and creator Jessica Gao put it, will be explored in the upcoming She-Hulk TV series.

Daredevil joins the Marvel Cinematic Universe (MCU) and makes an appearance from She-Hulk, plus he’ll get his series.

Will We See Daredevil in She-Hulk: Attorney at Law Episode 2?

Jennifer Walters, as She-Hulk, is introduced to the Marvel Cinematic Universe in She-Hulk: Attorney at Law. Mark Ruffalo as the Hulk, Tim Roth as Abomination, Benedict Wong as Wong, and Charlie Cox as Daredevil are just a few of the many Marvel actors that make guest appearances on the program.

The fact that Daredevil will now officially be a member of the MCU is a significant reason why the Netflix series was not previously recognized as such.

Fans have long advocated for Charlie’s version of the iconic superhero to be included in the MCU since they like the program so much. Charlie’s short appearance as Daredevil’s Matt Murdock in Spider-Man: No Way Home was how it occurred, but

She-Hulk creator Jessica Gao gushed over Charlie Cox to The Direct, saying, “Charlie (Cox) is so lovely.” He’s up for anything, a fantastic performer, and a very kind person.

The fact that the public is already familiar with a Daredevil who is heavy, dramatic, dark, and gloomy made it all the more enjoyable to introduce him and Daredevil into our world. And it was so much fun to be able to do this.

We do this with every character cameo from the MCU: we take them out of the setting from which you know them, which is much more dramatic and action-oriented and on the severe side, and we bring them into our world, where they get to play in the tone of She-Hulk. Doing so could reveal a more humorous aspect of that character.

The teaser initially teased Daredevil and then fully revealed it in an image tweeted by the show’s official account.

Jessica had previously told Collider, “I don’t believe we ever, in a million years, expected that we would be permitted to use them since we didn’t know what the status was of the character.”

Then we heard he was returning, and it was Charlie Cox, and we were like, “Wait, does that mean we can use him?” I don’t even remember how we found out. Is that okay with you? And when they said okay, well, we couldn’t believe it; we thought maybe we were being pranked.

Tatiana Maslany plays the title role of She-Hulk and co-stars Ginger Gonzaga and Jameela Jamil. On August 18, Disney+ Hotstar users in India will be able to see the first three episodes of the nine-part series.

After appearing in the next season of the Marvel Cinematic Universe Echo, Daredevil will have his own Netflix series in 2024 titled Daredevil: Born Again.