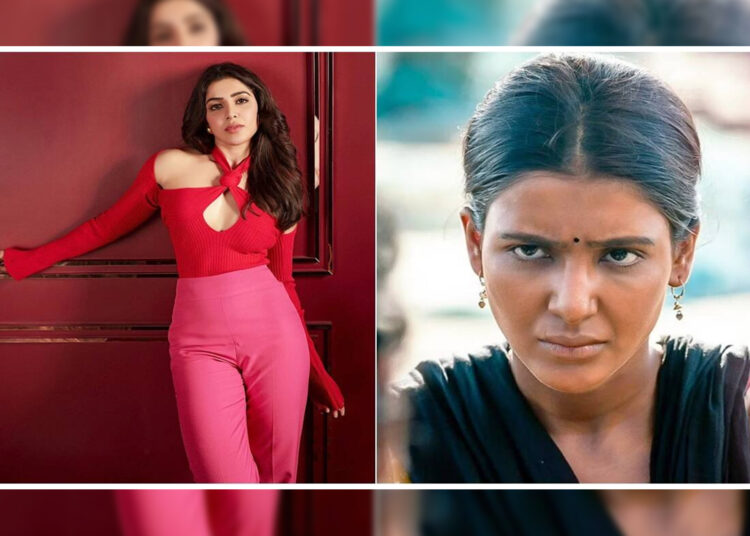 Samantha Ruth Prabhu has elevated to the position of one of India’s most well-known and talked-about actresses as a result of her outstanding performance in The Family Man 2, her sensual dances in the Pushpa song Oo Antava, and her participation in Koffee With Karan 7.

After her highly publicized breakup with Naga Chaitanya in October of last year, she has also been in the headlines for reasons related to her personal life.

A video of the Super Deluxe actress making a motivating lecture at the former Sathyabama University, now known as the Sathyabama Institute of Science and Technology, has recently gone popular online. Samantha may be seen discussing her difficult times in a 2017 video.

In the video, Samantha, who had her acting debut in 2012 with Ye Maaya Chesave, discussed how she only ate one meal a day while hunting for work for two months, as well as how her parents couldn’t afford to pay for her higher education even after the actress passed her 10th and 12th grade.

“When I was studying, my parents advised me to work hard and you would make it big,” she is heard saying in the video. I put a lot of effort into my studies. I excelled in college, the 12th grade, and the 10th grade. However, my parents were unable to pay for my further education when I decided to pursue it. I had no aspirations, no plans, nothing.

According to the Ormax study, Samantha Ruth Prabhu is now at the peak of her game and is the most popular actress. Despite having little support, Samantha succeeded, and she is really proud of her path. The actress has come a long way, and recently, during a lecture at a college, she discussed how challenging some of her days had been and how dedicated she was to pursue her aspirations.

The actress from Oo Antava, who gained notoriety after appearing in Allu Arjun’s Pushpa, discusses how she only had enough money for two meals per day because she couldn’t afford to eat the necessary three meals per day.

Apparently, Samantha remarked, “For at least two months, I only had one meal every day. I did sporadic work. And today I’m here.
You can accomplish it if I can!” Even Samantha Ruth Prabhu remembered how her parents had always urged her to work hard in her college years, and that she had done just that. They lacked the funds for her to continue her education, but she persisted and is now an inspiration to millions.
Sam was nothing when she first entered the South’s film business. The actress put forth a tonne of effort to get famous. Even though everyone is aware that the famous kids have it easy, Samantha acknowledged in Koffee With Karan 7 that even they have issues to fight.
Even their father won’t be able to help them if they are in the race, so they will have to prevail on their own. When KJo inquired as to the first benefit the star kids receive, she responded, “But then comes the second, third, and fourth. And if I had failed when I first entered the field, only my parents and brothers would have known.
But when a popular child fails, the entire nation is aware. The actress is here to stay no matter what, despite the fact that you are frequently put against or compared to the lineage that you are coming from.
In the meanwhile, Samantha has three movies that will be released this year. She will next be seen with Vijay Deverakonda in the romantic comedy Kushi, the science fiction thriller Yashoda, and the mythological drama Shakuntalam.
Please Subscribe us at Google News