Britney Spears revealed her personal life to public amid her fued with Kevin, revealed how her sons hated her! 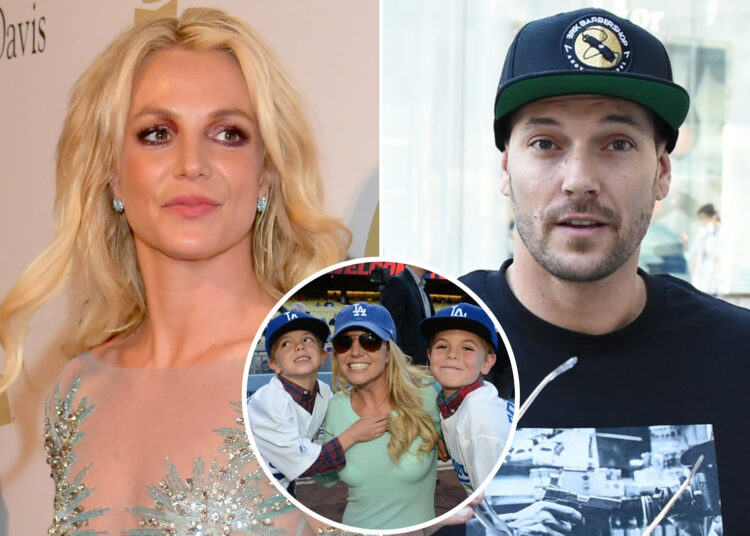 Britney Spears Update: We have seen a lot of celebrities suffering from a lot of things in their personal as well as professional life. Whether it is related to failure or related to the battle with labels or even with the family, every time it hurts the same way for some celebrities. Something like this was seen with Britney Spears who has got a lot of hate from not just her label but also her family. And if we talk about family then it also includes her two sons.

Britney Spears has now revealed that her two sons used to hate her when she had things not well with Kevin. 3 days after Kevin said that their sons had decided not to see her, a new shocking news game. It is Britney Spears who has decided to show her thoughts via Instagram related to her relationship with her sons.

She took Instagram and said that if things are personally then they should be dealt with 100% personally and privately. It will never be dealt with online. By slamming Kevin and her haters, she said that she has love in her home and the blessing of the people.

The singer has written: “A British network claimed that their stepmom’s goal is to keep the children away from all of the controversy and trauma in my home … I have love in my home and I have blessings from all the people I let in and out of my home.”

The singer has said that her kids were hateful when they used to come to her house. They used to come to her house for two or three days but it became hard to deal with. By understanding the situation, Britney Spear said that she was aware of the behaviour of teenagers of that age. But it does not mean that she is not able to differentiate the teenager behaviour or hateful behaviour.

The singer said that when their son use to visit her then they would go straight into the room without even meeting her. They would lock the door and then the monitor would tell her that her sons just like to be in the room. She even doubted, one time, why they visit her if they don’t want to meet her. She also revealed her feeling that how it feels when their kids were away from her.

Britney Spears also revealed that she wanted to scream and wanted to shout because every time it hurts. She wanted to shake the shoulders of her sons and tell them that she is here too. They are hateful towards her but she always tried to be a good mother. She just wanted them to love her but it was just overdone.