Locke & Key Season 3 Ending Explained and the final season seemed like a roller-coaster of emotions, know all about it before watching.

by Aditi Dubey
Reading Time: 6 mins read
A A
0 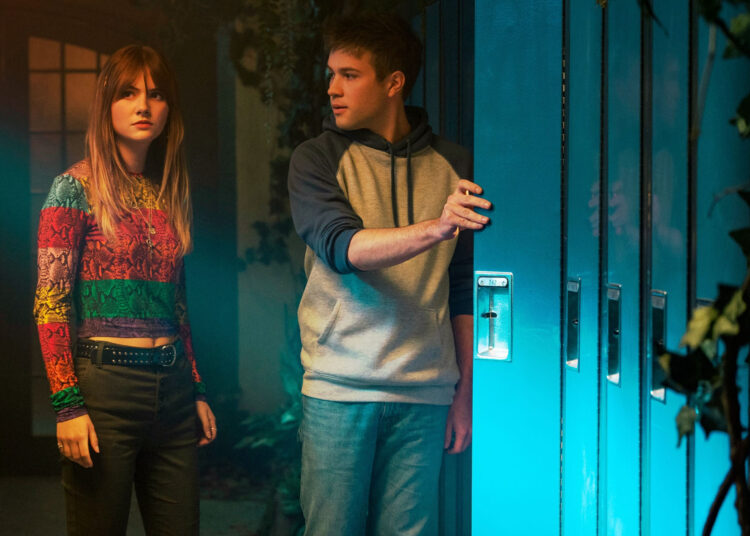 One of the top teen shows on Netflix, Locke, and Key is also unquestionably one of the full fantasy series. Since the actors and crew shot the season 2 and Season 3 back-to-back, the third season had already been completed by the time Locke & Key season 2 was made available on Netflix in October 2021.

Locke & Key’s third season debuted on Netflix this past Tuesday, bringing with it one last journey with the Locke family before their tale ends.

Carlton Cuse, Meredith Averill, and Aron Eli Coleite have just eight episodes in the last part to wrap up the tale of Tyler (Connor Jessup), Kinsey (Emilia Jones), and Bode, which was originally intended to be a three-part overall plot (Jackson Robert Scott).

A few months after season 2’s end, the Locke family is struggling to establish a new normal. With their mother Nina (Darby Stanchfield) still residing in Key House, Kinsey (Jones) and Bode (Scott) are getting ready for their upcoming uncle Duncan’s (Aaron Ashmore) nuptials.

Also Read: The Lord of the Rings The Rings of Power Teaser Trailer, and What you missed?

Locke & Key Season 3 Has Tyler Forgotten about the Keys?

While the two are having a great time and exploring the house to find more keys, Tyler’s passing has caused an energy change (Jessup). Not that Tyler is dead, but now that he has moved away and forgotten all about magic, he is barely involved in the lives of the rest of the Locke family.

When Kinsey tries to strike a balance between Bode and her mother, it seems like she bears the brunt of the emotional burden. While all three are prospering, the latter two appear to be experiencing some emotional struggles as the new season begins.

While living away from the Key residence and his brothers, Tyler is leading a full life. However, because the wedding is being held at Key House, Tyler soon joins the family again. With his inability to remember anything about magic and the keys, the dynamics when he returns also produce uneasy energy.

A new threat is lurking in the shadows as the Locke family tries to have a typical family experience. The main antagonist of this final season is Frederich Gideon (Kevin Durand), who was featured throughout season 2 and briefly appeared in modern times in the concluding moments.

He wants to collect every key for his own evil purposes, much like every other villain in this series. The powers of the keys were intended to be used by Dodge (Laysla De Oliveira), but Gideon wants them for a different reason.

Once Gideon’s presence is discovered, the Locke family and a few allies are in a race against time to prevent Gideon from carrying out his grand scheme.

The episodes pick up speed and I find myself racing through them at breakneck speed. Six episodes were readily seen in one sitting after the usage of excellent cliffhangers between them. Every time the credits rolled, you were captivated by the need to find out what happened next and yearned for just one more episode.

But there’s always more than one episode. The strain that each character experienced during the season fed into this ambition. Despite not being as terrifying as Dodge was in earlier seasons, Gideon comes out as the more informed enemy. At times, it seemed as though the kids were paired with Dodge since he constantly seems to be one step ahead of the Locke family.

Several times during the course of the season, it appeared as though the Locke family had found a solution, only for Gideon to have done it first. One of the magical aspects of this season that must be experienced, not simply read about, is whether and how the Locke family manages to stop Gideon.

Although the finale wasn’t what I hoped or anticipated for the family I have grown to know and love, it is undoubtedly the family’s final chapter. However, I believe that because of how bittersweet it is, this finale may spark controversy among series lovers. Although I felt a building sense of sadness long after I was done reading, the novel does in many ways make these folks happy.

Additionally, the final season seemed a little keyless for a show about magical keys. The purpose seemed to be to hide the keys away from us more than it did to utilize them to save the day, even though they were still crucial to the broader plot. My hopes for how successfully the keys could be used may have been dashed by the thrilling season 2 climax, but it seemed like some of the enchantment was missing.

However, certain new keys are crucial to a significant emotional portion of this last season, resulting in some of the best Locke & Key moments. As the season progresses, emotional situations often occur suddenly and without much notice.

Even though this season of the show simply wasn’t as excellent as the previous two seasons of the program, overall, I’m delighted that I got to watch the conclusion to this fantastic show. More magic, time with the Locke kids, and uncle Duncan were needed than the two cameos I got.

The show still had a lot of heart and made me cry, but it also left me with a tremendous longing for more in the last scenes. I feel overjoyed after watching the finale, the series ends with a roller-coaster of emotion, I would defiantly recommend one to watch it.