The Fame Game actress is one of the most respectable celebrity in the Bollywood industry but this time she is under the heat. 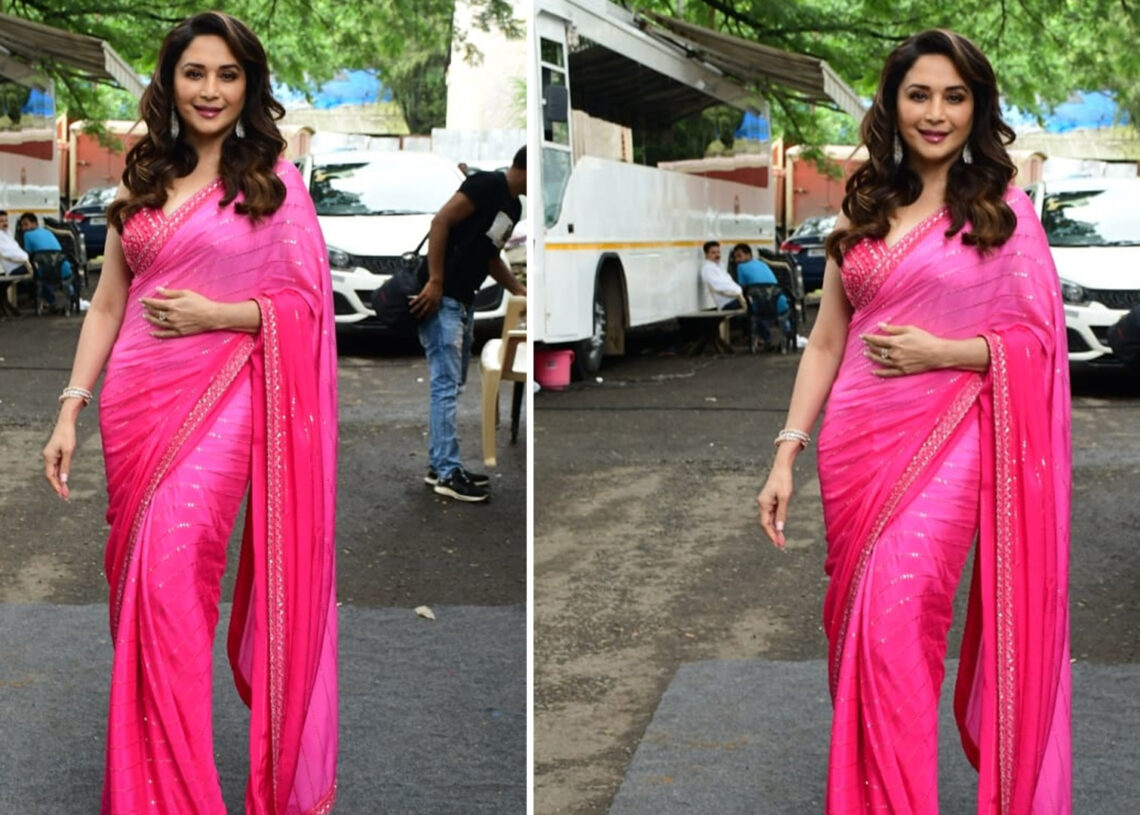 Madhuri Dixit is one of the most prominent names in the Bollywood industry, the veteran diva had made a name for herself in the industry with her spectacular performances in over 65 movies her irresistible persona and beauty won her millions on fans and she is one the most loved and less hated Bollywood star in history.

But even after an experience of more three decades, Madhuri Dixit forgot that nothing can be hidden away from the fans and that too in the times when we have social media. Recently Madhuri Dixit came in radar of netizens when one of her photos went viral on social media, she was papped at the sets of Jhalak Dikhla Jaa 10.

Although she looked heavenly beautiful in a pink saree and fans couldn’t take their eyes of her, but there was something that some of the fans didn’t appreciate and that was Madhuri’s lips, she received backlash online for not embracing aging process and for using fillers, some believed that she looks weird as her lip job failed, her loyal fans were also sad about it and felt that she has lost her grace and charm.

As of now, Madhuri ji hasn’t revealed anything about it and it will be interesting to see how she reacts to all the allegations and criticism, she has a huge following on social media, a whopping 32 million and counting on Instagram where she is the most active and hopefully she will respond to the allegations over there.

Madhuri Dixit who is also called Bubbly by her close people made her debut in 1984 with Abodh and got noticed straightaway, the film that made her establish herself in the industry was Dayavan which was released in 1988 and it was Hum Aapke Hain Koun..! in 1994 that made her the most popular actress of the decade. Madhuri was last seen in Netflix series Fame Game and currently hosting Jhalak Dikhla Jaa, she also owns a production house with her husband.