The most highly anticipated Game Of Thrones prequel House of the Dragon is here, and here are all the new female characters you need to know about. 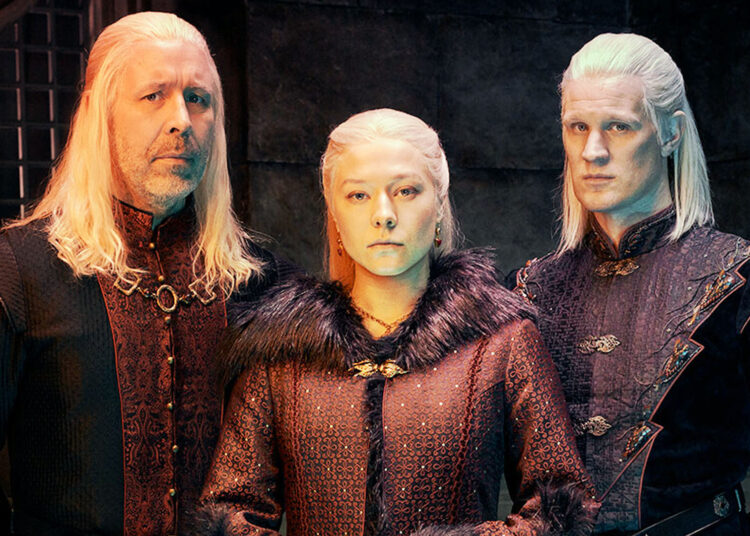 Finally, the Game of Thrones creators released its prequel series House of the Dragon’s first full trailer on Wednesday, July 20. This upcoming series is based on author George R.R. Martin’s books.

Based on one of George R. R. Martin’s original books, Fire and Blood, this 10-episode series follows the Targaryen dynasty 300 years before Game of Thrones. It focuses primarily on the Dance of the Dragons.

This dance tore Westeros apart approximately 200 years before the story we know. It followed a disagreement over whether the Iron Throne should be given to Rhaenyra Targaryen, the eldest child of King Viserys Targaryen, or his son Aegon Targaryen.

There is no doubt that women played a crucial role in the storyline. Despite having been dubbed as a story of sibling rivalry, it is a story of women. It’s about two women who could have been sisters but instead were pitted against one another, bled the Seven Kingdoms dry, fought, informed, negotiated, died, and crucially, survived. It’s a complex, intricate, nuanced, complex tale.

But who are all these women?

Well, here are all the major House of the Dragon female characters you should know about who is involved in this spin-off.

First up is Rhaenyra, a distant aunt of Daenerys according to their – very complicated – family tree, is the ‘Realm’s Delight’ and groomed to be queen from a young age

. She is the only surviving child of King Viserys I and Queen Aemma Arryn (who was also a Targaryen on her mother’s side) is bright, beautiful, and shows infinite promise. A triple threat.

Next is Princess Rhaenys Targaryen, known to Westeros as “The Queen Who Never Was.” She is the daughter of Prince Aemon Targaryen and his cousin Lady Jocelyn Baratheon.

Despite the law of primogeniture, Rhaenys’ claim to the throne was deemed weaker than her cousin Viserys’ because she is a woman; this sets a precedent often invoked by the Greens when supporting Aegon II over Rhaenyra during the Dance of the Dragons.

The role of Rhaenys will be played by Emily “Eve” Best, who is well-versed in playing badass women. In addition to her television roles as Dolly Madison in American Experience and Monica Chatwin in The Honourable Woman, the actor and director are probably best known as Dr. Eleanor O’Hara in Nurse Jackie.

Finally, last but not least Lady Alicent Hightower. She is the daughter of Ser Otto Hightower, the Hand of the King to King Viserys I Targaryen, and a member of the king’s inner circle.

Given her father’s most prominent position as Hand of the King, she lives at court in King’s Landing, where she catches the eye of King Viserys. In 106 AC, the two marry and she becomes Queen, though it’s not quite happily-ever-after after that.

The role is played by both Olivia Cooke and Emily Carey. Cooke is known for her starring role as Emma Decode in the A&E drama thriller series Bates Motel and as Becky Sharp in Vanity Fair. She is best known for her roles as Grace Beauchamp in Casualty and Mika Cavanaugh in Netflix’s Get Even.

With such an interesting storyline and even more interesting line-up, I’m sure this series will be worth looking forward to.

House of the Dragon will release on August 21st.