Gigi Hadid was seen in a very casual look on street with friends just a day after launching her own fashion line! 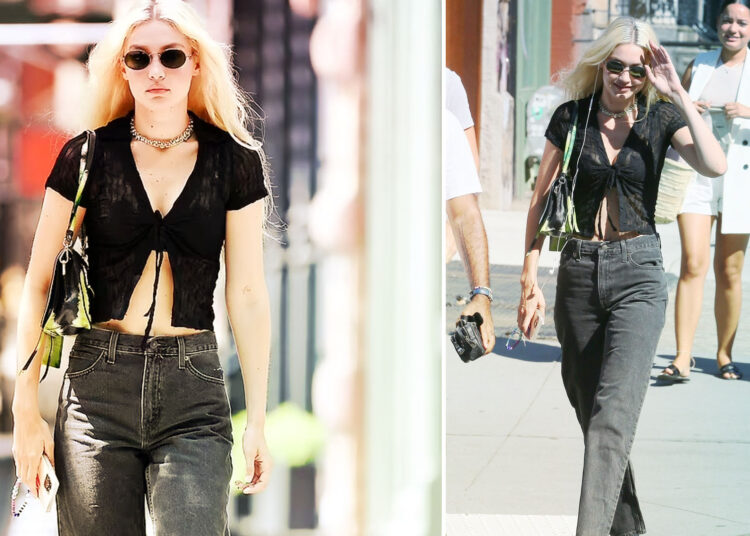 Gigi Hadid was recently spotted in NYC. A lot of celebrities have started their own business and their lines. Whether it is related to cosmetic products or the clothing brand, they are running behind it in the way to show the world a new kind of fashion.

We have Gigi Hadid as a model but when it comes to her new kind of fashion then she is also giving her best in fashion lines. She was recently seen on a very casual outing in New York City. It was on 5 August when she was seen in her open hair and walking down the street with her friend.

The 26-year-old model was seen with her friend after some days when she announced starting of her clothing line. At first, she announced that she is working on something new which was later on confirmed as nothing but a fashion line in which the model is an expert.

Also Read: Selena Gomez Wants To Be A Mother and Settle Down In Her Life!

When it comes to some additional details related to her fashion line then it has not been confirmed by the model. It is going to be one of the biggest achievements that Gigi Hadid will get in her career. She also has the support of her sister Bella Hadid who is also helping her.

It can be seen through her comment on the post in which she has written that she is eagerly waiting for it and has added some emojis of hearts.

Coming Gigi Hadid then she is right now focusing on her daughter called Khai. She has shared this daughter with her ex-boyfriend Zayn Malik. The couple got separated after the things that happened between Zayn Malik and the mother of the model. Their on and off relationship has affected both of them as well as their fans.

Even after breaking up, they share the same respect and love for each other. It can be seen when Gigi Hadid posted a picture of Zayn Malik and her daughter on the occasion of father’s day. She has not just wished him father’s day but also adored it.