Immediately after her announcement that she was launching her own clothing brand, the 26-year-old model Gigi Hadid was seen strolling and chatting with a companion. 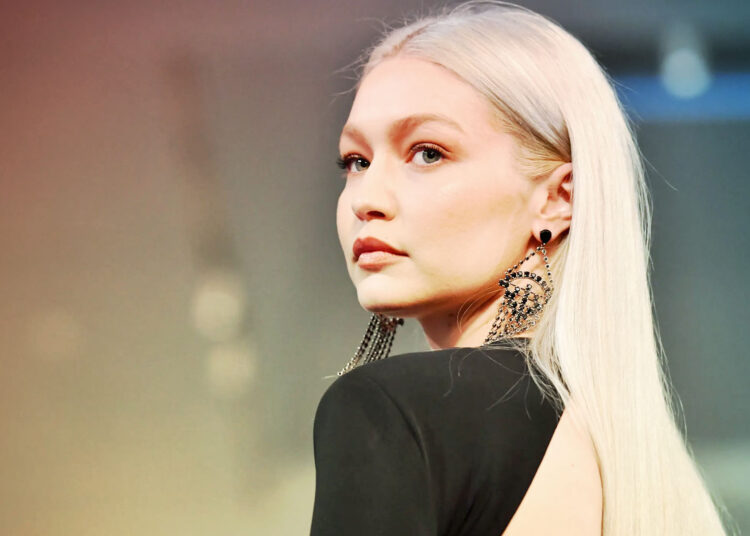 Immediately after her announcement that she was launching her own clothing brand, the 26-year-old model Gigi Hadid was seen strolling and chatting with a companion.

Gigi Hadid, who is already known for her work as a supermodel, actress, and TV personality, can now add fashion designers to her list of accomplishments. She just announced that she would be launching her fashion collection called Guest in Residence.

The model, who is 27 years old, broke the news to her 75.2 million followers on Instagram by posting a carousel of photographs that showed her hard work producing her knitwear collection. The runway regular is seen with her team selecting swatches for her collection in the first shot, and they are subsequently seen examining product samples in the second photo.

Other photographs show a variety of fabrics and knits, and the last image seems to show Hadid trying on the collection in front of a full-length mirror, which suggests that she is both the designer and the fit model for the group.

At the beginning of her bio, it says she is “Khai’s mom.” This is because she is the mother of her one-year-old daughter Khai, whom she shares with her ex-boyfriend Zayn Malik.

In April, Hadid announced that she had worked on a bikini collection with Frankies Bikinis, a company established by a friend of hers named Francesca Aiello. The announcement of this occurred after Frankies had previously hinted about the initiative.

What did Gigi Hadid share about her Fashion Life?

The two pals were childhood buddies in Malibu, California, and drew creativity for the capsule collection from their shared history. Gigi stated, “We developed this collection with so much love, and I feel it truly comes through in the details.” Gigi was referring to how the collection was created.

“She is creative, hard-working, kind, and loving, and the combination of those amazing personality attributes with our deeply established relationship is what truly made it delightful to develop this collection not just together but also to photograph together,” the designer said. The 98-piece collection was made available for purchase beginning on May 11, with the last drop occurring on June 2.

Hadid and France announced the announcement on their own Instagram accounts, posting a picture of themselves together with the following caption: “Who would have guessed when we met through Facetime 4 years ago (thanks @evachen212) that we’d be presenting NEXT IN FASHION TOGETHER!

While Gigi Hadid is out and about in New York City on Friday, she pulls her hair back from her face and brushes it behind her ears (August 5). Just a short time after she announced that she was going to launch her clothing line, the model, who is 26 years old, was seen strolling and chatting with a companion.

Gigi debuted the following collection, which will be called Guest in Residence, on Instagram by tagging the company’s official page and saying that she has “been working on something.” Gigi also used the hashtag #guestinresidence.

One of Gigi’s greatest fans is her sister, Bella, even though there is no more information available now, except for some behind-the-scenes photographs from the preparation of the first collection. In the answers thread, Bella commented, “What we’ve all been waiting for,” accompanied by several love emojis.