Mariah Carey and Her Longtime Beau Bryan Tanaka Were Seen Together On A Romantic Date. 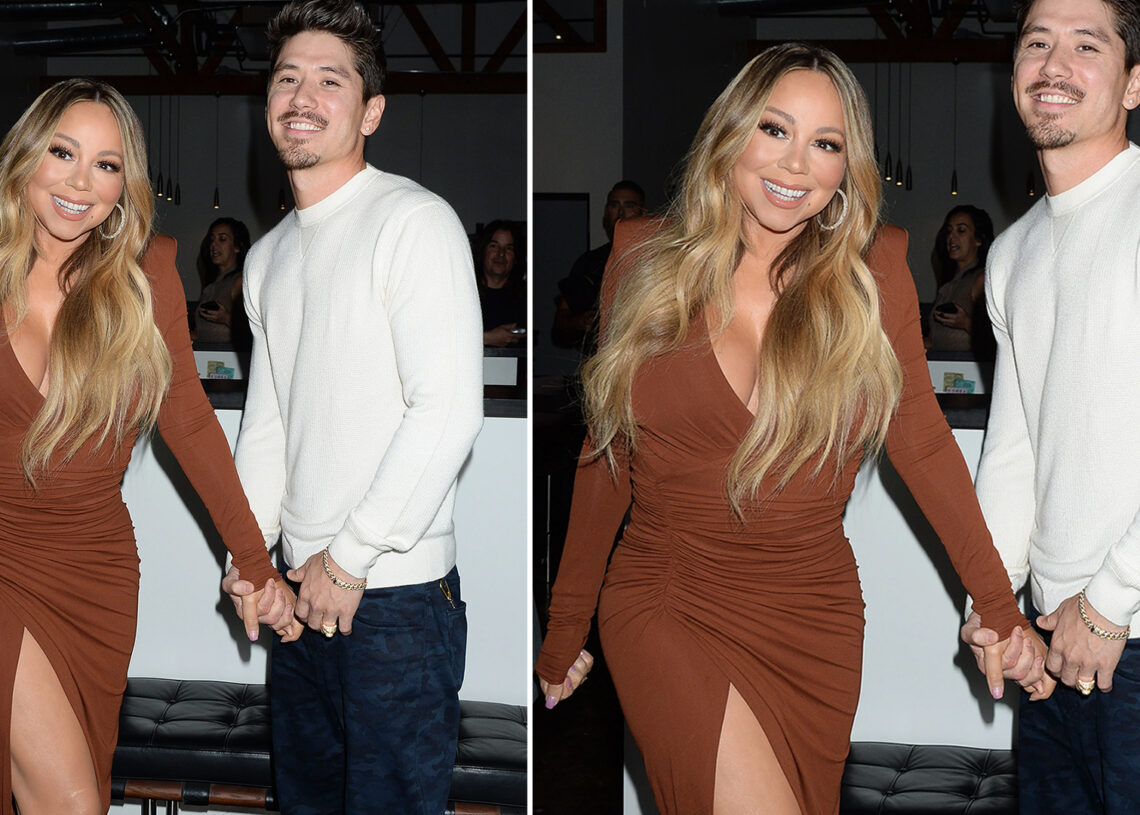 It would seem that pop diva Mariah Carey and her longtime fiancé, backup dancer Bryan Tanaka, still have time for dates even after almost six years of being in love with one another! On August 3, witnesses in New York City saw the couple enjoying a romantic evening out together at Mr. Chow, where they were seen strolling hand in hand as they entered the popular restaurant in Manhattan.

While Tanaka went for a laid-back look by wearing a black button-up t-shirt with matching board shots and slide-on shoes and accessorized with a gold necklace and a red baseball cap, Carey maintained the glamorous look that has been her trademark.

The “Touch My Body” diva was seen wearing a black minidress that had a form-fitting v-neck and completed her stylish look with gold heels and a pair of sunglasses set atop her signature honey-colored curls.

It is unknown who paid for their intimate meal in New York City, but Carey is said to be the kind of person who lavishes her boyfriend, who she has been in a relationship with since 2016, with the better things in life.

“Mariah actually dumps thousands each month buying for his fancy clothing, jewelry, and automobiles,” a source who did not want to be identified told OK! in an exclusive interview in December of last year. The insider went on to add that “whenever they go on vacation, it’s luxe all the way.”

Despite the pop star’s apparent reluctance to go down the aisle for the third time, Mariah Carey’s longtime boyfriend Bryan Tanaka has seen ring shopping for her recently.

They said, “He’s been given the green light to purchase anything he wants,” which means he has complete discretion.

Tanaka “is a really lovely, incredibly hardworking person,” according to the source, and it looks as if he has conflicting views about his girlfriend’s financial love. Being pampered by a significant other may seem like a dream come true, but it appears as though Tanaka has mixed thoughts about it.

They went on to say that “sometimes he feels uneasy with all this, particularly considering that he was raised in a very humble environment.”

On the other hand, a source claims that Carey has no problem paying for the affection she has for her lover since she allegedly “thinks nothing is too wonderful for her man.”

According to the further information provided by the source, “She’s Just Going to Keep Showering Him with Presents.” “Bryan didn’t realize this is what he signed up for when he hooked involved with Mariah, but he should just let her pamper him rotten if it makes her happy!”

The most recent sighting of the two was initially reported by HollywoodLife, which is a news website.