The Brahmastra actress Mouni Roy is known for her amazing fashion sense she truly justifies it. 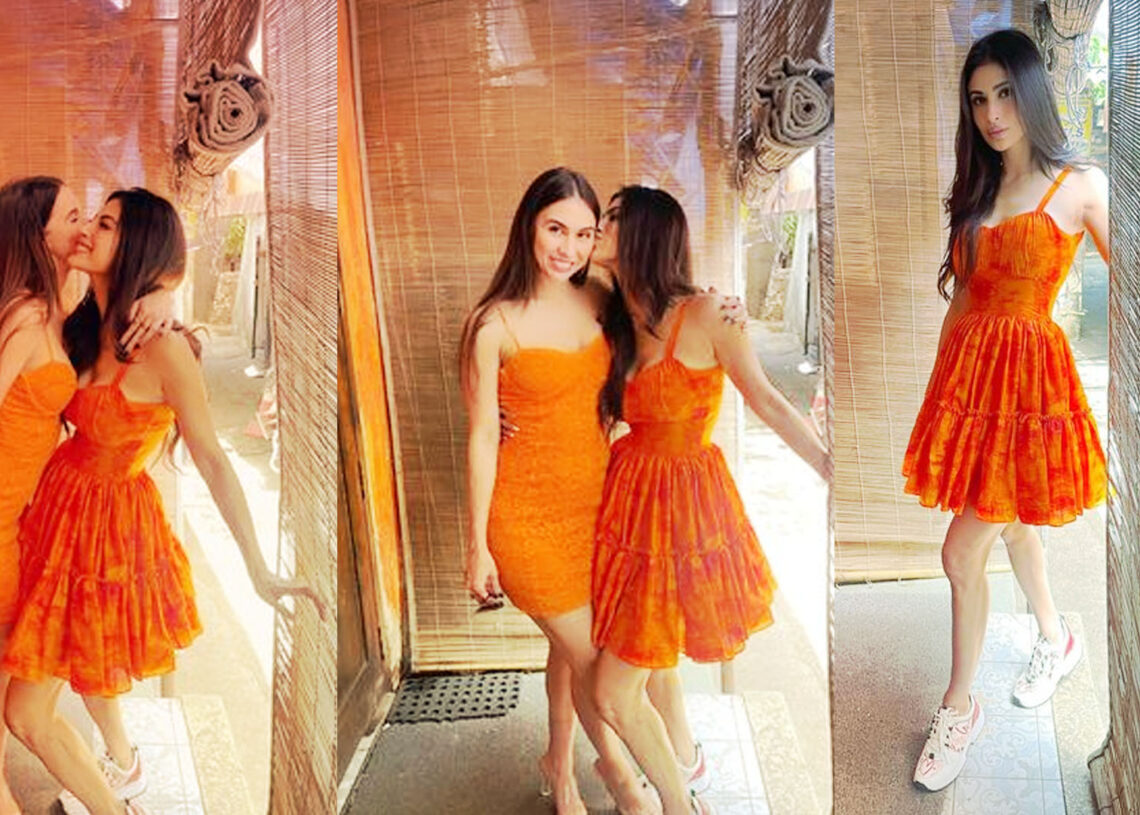 Mouni Roy is hands down one of the hottest divas in the Bollywood industry, after spreading magic on the television industry, Mouni is now becoming a prominent name in the film industry.

In past 5-6 years, Mouni has become a renowned name in the industry and her fame has skyrocketed, she has a following of over 24 million on Instagram which makes her one of the most followed celebrities, and if there is one thing in which Mouni is absolutely second to none.

It is her fashion sense, a true style icon who always amazes her fans with her unique outfits. But this time she amazed her fans and got amazed too.

Here you can check out the recent post of Mouni Roy

Mouni’s BFF Lauren Gottlieb who is an American dancer and actress was in the town and the bestie duo was supposed to have a lunch date and surprisingly both appeared wearing a same color dress.

Mouni posted some photos on her Instagram and captioned the feeling of shock, she was wearing an orange mini dress by Aditi Hundia, the 4k worth dress had a flowy design with straps and looked absolutely adorable, Mouni paired it with white sneakers and her toned legs looked scintillating.

Talking about Lauren, her orange mini dress was body hugging style and she too looked stunning, the duo clicked some amazing candid pictures and enjoyed an amazing afternoon.

On work front, Mouni was last seen as a judge in the dance reality show DID Lil’ Masters season 5 and she will next be seen in one of the most anticipated films of the year “Bhramastra“.

Which will hit the theaters on 9th September, and as the trailer suggests, the actress will be seen playing a role similar to what we have seen her in Naagin. Mouni has also signed a film titled Maya Jala and more detailes about it is yet to be released.