Grey’s Anatomy Season 19 Release Date, Cast, Plot, and What we know so far

Grey’s Anatomy is all set to amaze you once again with its season 19, and if everything goes well there could be a crossover as well. 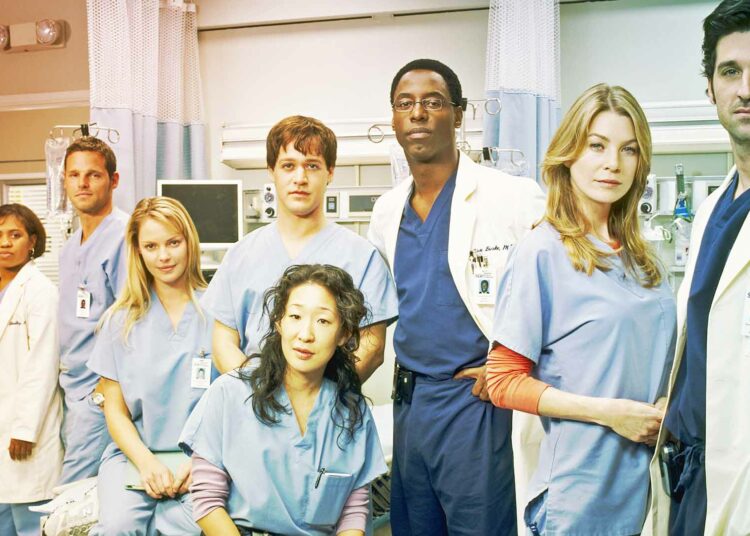 ABC longest running series ‘Grey’s Anatomy is returning on the streaming site on October 6, 2022, with the first episode of its season 19. This popular medical drama series, whose title refers to the same named human anatomy textbook, is created by Shonda Rhimes.

The series began with renowned general surgeon Ellis Grey’s daughter Meredith Grey joining the fictional Seattle Grace Hospital. The plot follows the members of that hospital as they juggle their personal and professional lives.

Though at first the setting of the series was set to be Chicago, eventually the setting changed to Seattle in order to be distinguished from another popular medical drama series ‘ER’. The series won several accolades including a Golden Globe Award for Best Television Series – Drama along with 38 nominations for the Primetime Emmy Award.

The first season premiered on March 27, 2005, on ABC. The nineteenth season got renewed in January of 2022 which is set to release its first episode on October 6, 2022.

The new actors and actresses joining the cast in the nineteenth season are Alexis Floyd, Niko Terho, Midori Francis, Adelaide Kane, and Harry Shum Jr. Following is the list of the previous filmography of the cast members appearing in Season 19.

The Cast Members and Some of Their Previous Projects

Starring as Meredith Grey in the series American actress Ellen Kathleen Pompeo will be seen reprising her role in Season 19.

She appeared in minor roles in other series such as ‘Law & Order, ‘Strangers with Candy, ‘Get Real’, ‘The Job’, ‘Strong Medicine, ‘Friends’, ‘Station 19’ and in films like ‘Moonlight Mile, ‘Catch Me If You Can’, ‘Old School’, ‘Daredevil’, ‘Undermind’, ‘Art Heist’, ‘Life of the Party, etc.

Her films are ‘Philadelphia’, ‘Lone Star, ‘A Single Woman’, ‘Frankie and Alice, etc.

Playing Richard Webber we will see American actor James Pickens Jr. reprising his role in Season 19. Some of the series in which he starred are ‘Roseanne’, ‘Beverly Hills, 90210’, ‘The Practice’, ‘The X-Files, ‘The Conners’, ‘Station 19’ etc.

The character of Dr. Owen Hunt is played by Scottish actor Kevin McKidd in the series. He had directed a number of ‘Grey’s Anatomy episodes. He starred in other series such as ‘Anna Karenina’, ‘North Square’, ‘Rome’, ‘Journeyman’, ‘Station 19’ etc.

Among the large number of films in which McKidd was cast some are ‘The Acid House, ‘Topsy – Turvy, ‘Nicholas Nickleby’, ‘Max’, ‘Dog Soldiers’, ’16 Years of Alcohol’, ‘De-Lovely’, ‘The Rocket Post’, ‘Hannibal Rising’, ‘Made of Honor, ‘Percy Jackson & the Olympians: The Lightning Thief, ‘Home Sweet Hell’, ‘Tulip Fever, etc.

She was cast in the films Martin & Orloff’, ‘Mind the Gap’, ‘Night at the Museum’ etc.

She previously starred in the series ‘Californication’, ‘True Blood’ and films such as ‘The Pact 2’, ‘The Healer’ and in the short film Pride and Prejudice and Zombies: Dawn of the Dreadfuls’.

American actress Alexis Floyd will join the cast of ‘Grey’s Anatomy for the nineteenth season and will play the role of Simone Griffin.

Brought up in a musical family, she gained recognition for her portrayal of Neff Davis in Netflix’s popular miniseries ‘Inventing Anna’ starring Julia Garner. That series was also created by Shonda Rhimes.