Mrunal Thakur’s Yellow Lehenga Will Make You Fall In Love With Her.

The Jersey actress is going to make her debut in south Indian film industry. 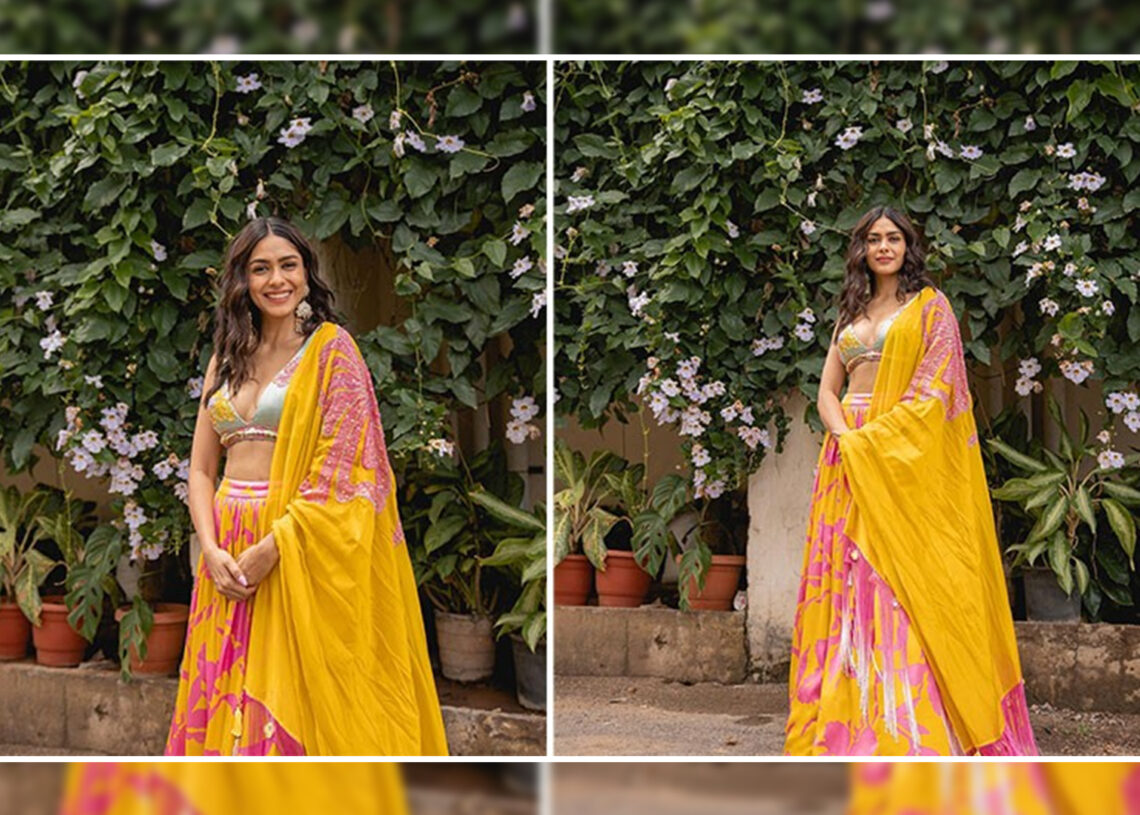 Mrunal Thakur’s transition from the television industry to the film industry has been quite amazing. In a very short span of time, the actress has become one of the most talked about names in the Bollywood industry. She is also quite popular on social media with a following of over 4 million on Instagram where she is most active.

Mrunal comes from a background that has no relation to the entertainment industry and hence she is a self-made star, she started her career in the television industry with a show on Zee Tv titled Kumkum Bhagya, and afterward, she did some Marathi films.

Mrunal’s Bollywood debut came in 2018 with a small-budget film Love Sonia which didn’t do much at the box office. She got her first big break when she starred alongside Hrithik Roshan in Super 30 and the very next year she got Batla house.

After doing two high-budget films, Mrunal came into mainstream media attention. Her last film was Jersey starring Shahid Kapoor. Mrunal has become quite a known name now so the next step was the south industry and she is doing the same, she will be making her Telugu film debut with a romantic drama film Sita Ramam, directed by Hanu Raghavapudi.

The film is going to be released on August 5 and the promotions are underway Mrunal is slaying each event with her amazing outfits. Mrunal is blessed with the ability to rock any outfit but for the promotion of these films, she has chosen to wear ethnic outfits and she has just redefined it, recently she attended one of the promotional events and she came up wearing a beautiful yellow lehenga by Monika Nidhi,

Mrunal looked absolutely mesmerizing in it. The yellow skirt was of satin with shibori prints in pink patterns, she paired it with a blue V-neck blouse having detailed work in pastel hues and embellished with sequin and the yellow dupatta with pink patchwork completed her ethnic look.