The Films and TV series in which cast members of the Abbott Elementary Season 2 have been seen before. 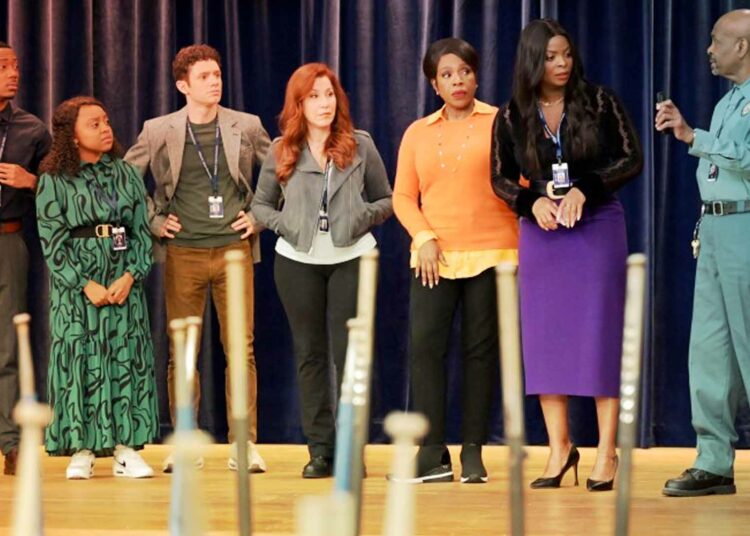 In March of 2022 American mockumentary sitcom, Abbott Elementary Season 2 has been renewed for a new season. The series first premiered on December 7, 2021, on ABC.

The plot of the series starts with a group of people who are documenting teachers’ lives in underfunded schools.

They find the Willard R. Abbott Elementary School of Philadelphia which is a predominantly Black Philadelphia public school to be in a very harsh condition where most of the teachers can not even last three years.

Abbott Elementary Season 2 is set to release on September 21, 2022, on ABC. The primary cast members of the series include Quinta Brunson, Tyler James Williams, Janelle James, Lisa Ann Walter, Chris Perfetti, Sheryl Lee Ralph, William Stanford Zack Fox, and Reggie Hayes playing recurring roles. Following are the names of films and tv series in which the cast members have been seen acting before.

In the 2019 supernatural crime series iZombie,’ she again starred in another recurring role of Dr. Charlie Collier / Laila. As the main cast in the first season and guest star in the third season of HBO’s American sketch comedy ‘A Black Lady Sketch Show,’ she starred in 2019 and 2022 respectively.

From 2019 to 2021 she played Blazor Wulf as the main cast in the American adult animated series ‘Lazor Wulf’ and in 2021 played the recurring character Trig in the anthology comedy series ‘Miracle Workers’. In the adult animated series ‘Big Mouth’ and ‘Magical Girl Friendship Squad,’ Brunson’s voice starred.

Apart from these she also appeared in the series ‘Broke’, ‘Up for Adoption’, ‘Quinta vs. Everything’, ‘New Girl and will guest star in the upcoming series ‘Party Down’. Brunson starred in the films ‘An American Pickle’, ‘As of Yet’, ‘And weird: The Al Yankovic Story.

In 2000 he played Tyler in ten episodes of the popular educational children’s tv series ‘Sesame Street. From 2000 to 2002 he starred in the recurring role of Bobby in the animated children’s series ‘Little Bill’. In the period sitcom, ‘Everybody Hates Chris’ Williams was cast as the leading role of Chris from 2005 to 2009.

From 2012 to 2013 he played the series regular character Owen Lewis in the tv sitcom ‘Go On. In the recurring role of Noah, he starred in the post-apocalyptic horror tv series ‘The Walking Dead’ from 2014 to 2015.

In 2016 he starred in a web series ‘RePlay’ as the main role of Nate. In the police procedural tv series Criminal Minds: Beyond Borders’ he was cast as Russ Montgomery or “Monty” from 2016 to 2017.

In 2019 he played the role of the main character Edgar Standish in the action comedy-drama series ‘Whiskey Cavalier.

The films in which he starred include ‘Unaccompanied Minors’, ‘Tyler Perry Presents Peeples, ‘Dear White People, ‘Detroit’, ‘The Wedding Year’, ‘The Argument’, ‘The United States vs. Billie Holiday’ etc.

The inept principal of the school Ava Coleman who often bullies co-workers is played by American actress and comedian Janelle James. For this series, James received a nomination for a Primetime Emmy Award under the category of Outstanding Supporting Actress in a Comedy Series.

From 2020 to 2021 she played the recurring role of Joyce in the historical dark comedy series ‘Black Monday’. Other series in which she appeared are ‘Crashing’, ‘Corporate’, ‘Life & Beth’, and voice-starred in ‘Central Park.

In 2002 she played the main character Rachel Glass in the drama series Breaking News. Other tv series in which Walter played minor roles are ‘The Love Boat: The Next Wave, ‘Curb Your Enthusiasm, ‘Strong Medicine, ‘Las Vegas, ‘Modern Men’, ‘Nip/Tuck’, ‘Watch Over Me, ‘Rizzoli & Isles, ‘The Exes’, ‘The Odd Couple, ‘GLOW’, ‘Grey’s Anatomy, ‘Sydney to the Max’, ‘9-1-1’ etc.