The Resort on Peacock Recap and Ending Explained

The Resort on Peacock Recap and Ending Explained, know all about it before reviewing it.

by Aditi Dubey
Reading Time: 4 mins read
A A
0 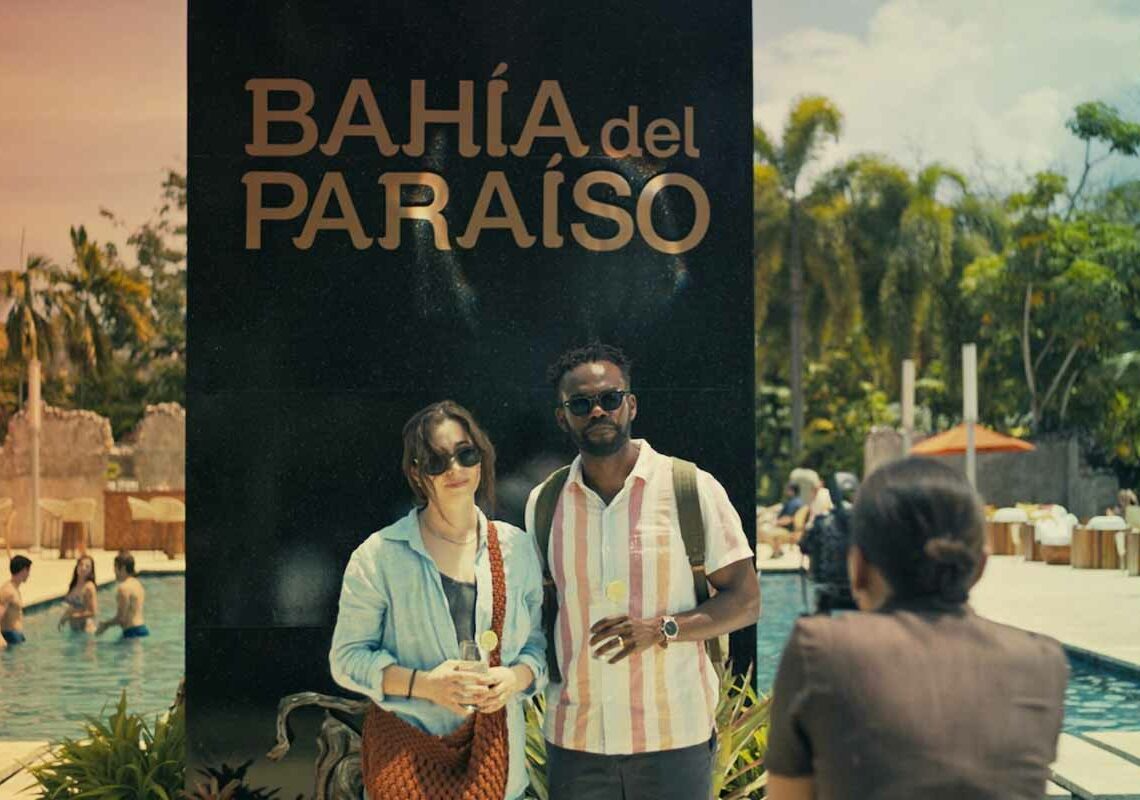 Sam Esmail has produced yet another blockbuster based on this episode of The Resort on Peacock! The Resort offers excellently developed characters, a chic setting, and an interesting mystery—despite not being anything like Mr. Robot. This is worth seeing!

The phrase “The attempt to recall your past is a waste of time” is repeated throughout the series. The past doesn’t exist in the present since it only exists in the past. The concept of time travel is undeveloped.

When Noah and Emma arrive at the Mayan Riviera in the Oceana Vista Resort for their tenth wedding anniversary, Luna, a resort concierge, welcomes them. Noah is unable to remain up for dinner because of his jet lag.

Emma, therefore, spends the night alone while Noah is sleeping. Based on her attitude, this may be a reoccurring issue in their marriage. The following morning, though, Emma is sound sleeping while Noah is animated and conversing with another married pair, both of whom go by the name of Ted.

Later that evening, Emma crashes and tumbles into a ditch while riding a moped. Emma discovers a discarded phone in that very ditch. She tucks the phone into her pocket and waits for Noah to help her.

As a result of the accident, Emma is now taking medication, and Noah advises her not to consume alcohol. Emma leaves the bar and buys a battery for the phone because she is bored and more interested in the phone that she found.

She looks through the pictures once the phone is completely charged before beginning to read the texts. Many texts express worry for Sam, the person to whom the phone is most likely registered.

Emma travels to the deserted and demolished Oceana Vista Resort since she is interested in the case. However, the cabbie advises her not to enter since “people have died there.”

In 2007, two tourists, Sam and Violet, were reported missing, and a different man’s mutilated body washed up at the resort. A rogue hurricane destroyed all evidence, possibly except the cell phone that Emma had found, but Emma learned this information after conducting a quick Google search.

Then, in a flashback, Sam and his girlfriend Hanna are flying aboard a plane. Sam’s parents, Carl and Jan, are also traveling to Cancun on the same flight, and Carl asks Jan if Sam is genuinely gay.

Sam looks through Hanna’s phone after she falls asleep on the plane and discovers several amorous texts from Professor Bryan. Sam’s father notices him staring at a photo of Professor Bryan’s private parts just as he opens it.

Later, we see that Emma is still in the present and is preoccupied with the missing vacationers. Noah had to restrain himself from looking through Emma’s phone while she was taking a shower.

He does, however, come across Sam’s battered phone. Later that day, he approaches Emma with accusations of having an affair as he asks her to interpret the mobile.

Naturally, Emma corrects him and tells him the truth about Sam and Violet’s apparent separation. Does Noah call her crazy? The Resort doesn’t seem to be that sort of show, though. He instead offers to assist her.

Noah discovers a photo message in the phone’s deleted texts that shows Sam and Violet were once acquainted. As Sam, Hanna, and his parents arrive at the resort in 2007, he keeps to himself.

Sam simply watches Violet, who he probably doesn’t know yet, talk to her father, and he misses her.

Baltasar Fras, the resort’s security chief, yells at Sam as he follows her on her skateboard. Sam keeps on skating around the resort, oblivious to Baltasar. Until he almost collides with Violet and then crashes into a tree.