Jennifer Lopez and Ben Affleck Enjoying their Honeymoon in Paris

by Cheshta Goyal
Reading Time: 3 mins read
A A
1 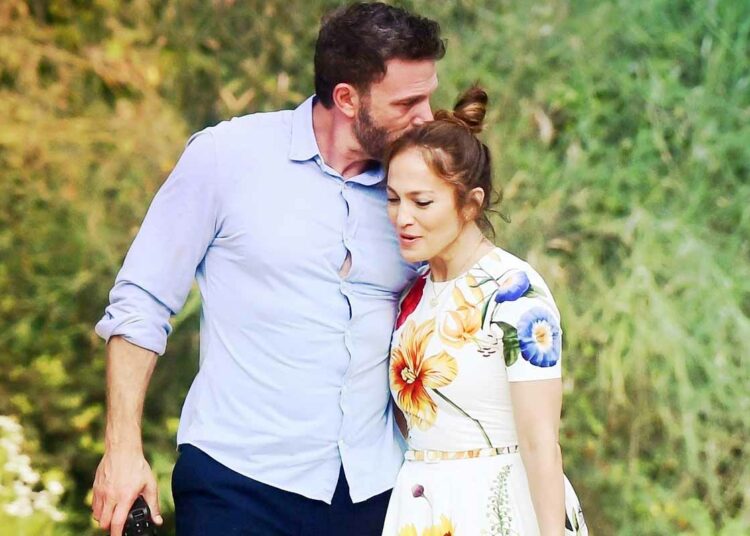 Everyone’s favorite #Bennifer finally got married in Las Vegas. Jennifer Lopez and Ben Affleck are celebrating their wedding with a lovely and romantic trip to Paris!

Bennifer was the couple of the early aughts. Unfortunately, though, the couple went off separate in their ways in 2004. Since then J.lopez and Ben have resurrected one of Hollywood’s favorite romances.

Tagged as the romantic couple!

They were being spotted on multiple loved-up outings, holding hands and hugging each other on the red carpet. Such appearances together showed their love for each other.

As per our sources

“I am confirming the report that Jennifer Lopez has ended her engagement to Ben Affleck. At this difficult time, we ask that you respect her privacy.”

In June 2004, she married a singer and songwriter. It was her old friend Marc Anthony. In 2008, the two had twins. A  daughter named Emme Muñiz and son Max Muñiz. They departed in 2014.

Ben Affleck, too, moved on

Ben Affleck got married to Garner in 2005. The charming Hollywood couple welcomed three children together over the years. The daughters Violet and Seraphina Affleck, and son Samuel Affleck. They both also got divorced in 2018.

“The couple Jennifer Lopez and Ben Affleck were seen together

After Jeniffer Lopez ended her engagement with Marc Anthony and Affleck split with Garner, the two were spotted hanging out again. As per our sources, the couple was seen together on April 30. The actor was photographed visiting his love in Los Angeles at her home multiple times.

“This is not a casual relationship. They are taking it seriously and want it to be long-lasting.”

Lopez announced that she and Affleck have gotten engaged, a year after reuniting.

“Did you ever imagine your biggest dream could come true? Saturday night while at my favourite place on earth, my beautiful love got on one knee and proposed. I was taken totally off guard and just looked in his eyes smiling and crying at the same time trying hard to get my head around the fact that after 20 years this was happening all over again, I was quite literally speechless and he said, ‘is that a yes?’ I said YES of course that’s a YES.”

Lopez and Affleck tied the knot in a surprise Las Vegas wedding at midnight on July 17.

Now the couple is celebrating their love with a romantic trip to Paris!

The kids of the newlywed lovely couple joined them at dinner in Le Matignon restaurant on 21st July in Paris.

Everyone in the restaurant was surprised to see the couple.

Words by an eyewitness

“They just showed up! He looked like a typical American except he had on a jacket and tie in this heat. They reportedly stayed at the restaurant for two hours before heading back to their hotel.”