When will iPhones be able to use Apple iOS 16 in its entirety?

Following the unveiling of the new iPhone, iOS 16 is scheduled to be released in the fall.

by Shivani Jadhav
Reading Time: 3 mins read
A A
1 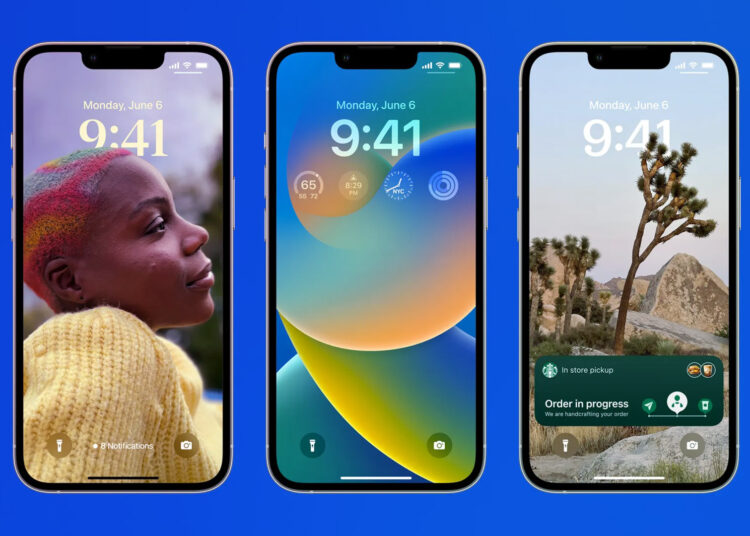 In June 2022, at its WWDC event, Apple released iOS 16. Since Apple has promised exciting new updates, customers have been anticipating the release of the new operating system. Although iOS 16’s beta version has been available for some time, the complete version won’t be available until after the debut of the new iPhones. In this post, we examine what to anticipate from iOS 16 and potential release dates.

When will Apple release Apple iOS 16?

The release date for Apple iOS 16 hasn’t been set by Apple yet. Its release in the fall has been the sole formal announcement to date. After the iPhone event, a release is anticipated shortly. September saw the release of iOS 15 last year, so we wouldn’t be surprised if Apple schedules the launch along that timeline again. So, in simple terms, the full version of iOS 16 is slated to come in September 2022.

You may always try out the beta version of Apple iOS 16 if you can’t wait to utilize it. In this article, we’ll show you how to download iOS 16 Beta on your iPhone. The public may now download iOS 16 beta, which was first made available to Apple Developers on June 22. Apple has thus far made available 3 beta versions. For Apple devices starting with the iPhone 8 and upwards, there is the iOS 16.

What is Apple iOS 16 capable of?

Apple is aiming to roll out new features that will greatly enhance your iPhone experience, as with every software update. The ability to customize the lock screen in iOS 16’s most significant change.

This may be the largest improvement to the lock screen in a subsequent firmware update. The latest software update allows you to completely customize your iPhone’s lock screen, including changing the fonts and layout and even adding live widgets. Similar to the Apple Watch, you can even design multiple lock screens to accommodate various themes and switch between them with a simple swipe.

The location of the notifications bar has also changed slightly; it is now at the bottom of the lock screen. Additionally, it will have a section called “Live Activities” where you can keep track of things like current sports scores, Uber drive status, food delivery status, and other items that need real-time tracking.
With regard to Messages, you will now be able to edit texts you’ve already sent, and even unsend them. On top of that, you will be able to mark a thread as unread after you’ve opened them.

In addition to these significant updates, iOS 16 will include other smaller tweaks and enhancements that will make your experience even smoother. Expect upgrades to Live Texts, iCloud, Apple Pay, and Maps.

If you can’t wait for the complete version of iOS 16 to be released, you may download the beta right away. In order to report flaws that can be fixed for the official release, Apple urges consumers to try out the Beta version. If you get tired of the Beta version and prefer to wait for the complete version to be released, you may always revert to using iOS 15 on your phone.