After 4 Weeks of seperation, Kim Kardashian decided to enjoy times with Pete Davidson just by being cosy in bed! 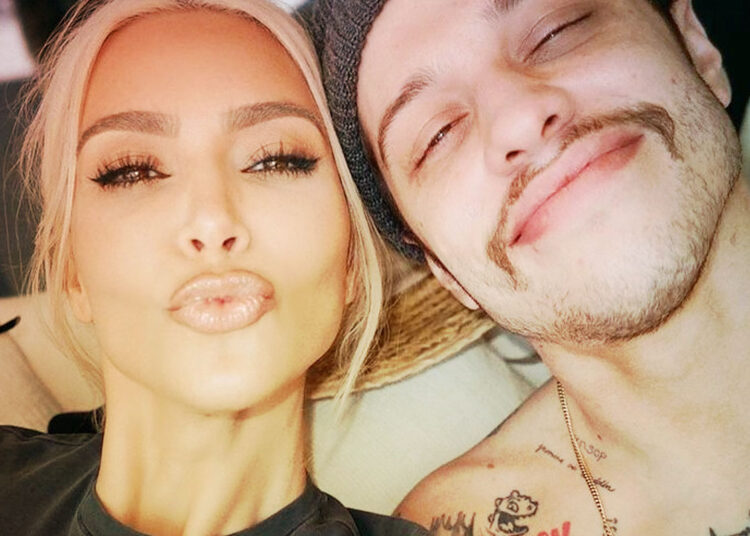 Recently Kim Kardashian and Pete Davidson were seen in Australia after her dinner date. It is never too late for anyone to live to enjoy a perfect time with their partner. It doesn’t matter how much time you have spent in your life with your partner, every time it feels like a new moment.

The same happens with celebrities who love to spend time with their boyfriend and girlfriend or husband and wife. Sometimes it is related to the date night while other times it is just cuddling and kisses in the bed.

Something like this was seen with the reality star Kim Kardashian and her boyfriend Pete Davidson who has spent some romantic days in Australia.

After spending some time alone, the couple spent some romantic time together. It was 15 July when Kim Kardashian got spotted in Australia.

Kim Kardashian is having fun with her beau Pete Davidson

According to the source they both were staying in the same room and not going outside for a date or any work. They were together cuddling each other and it feels so romantic for them. Davidson has also managed to get some candles on a hot tub and they have also cooked and laughed.

Kim Kardashian is right now focusing a lot on her work but at the same time, she doesn’t want to avoid her family and relationship. After spending so much lovable time with her kids, Kim Kardashian decided to meet her boyfriend who is busy filming. She is so proud of him that he is doing very well in his career. And that is the reason why she never forgets to motivate him with some surprise appearances and become a positive influence.

The couple has dated for some months now and came official in the early months of 2022. They have never failed to surprise each other with their love and work and that is the reason why they have decided to give proper time even if work is there.

Kim Kardashian has recently enjoyed her time with his sister Khloe Kardashian and her children. They celebrated the birthday of Khloe and were seen with her children and Khloe’s daughter True.