Emily in Paris Season 3: Renewal Status, Plot, Cast & Everything you need to know

You must be captivated by the exceptional romantic comedy on Netflix! Go through the entire article to know about every detail of the upcoming season of Emily in Paris 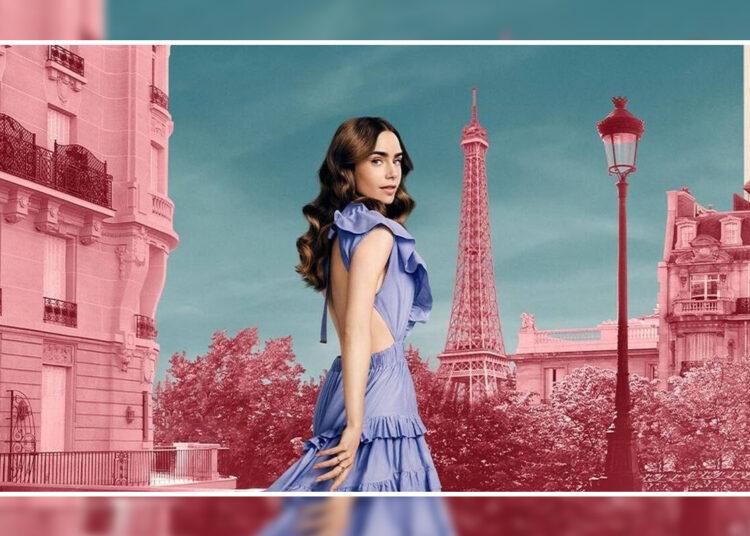 Emily in Paris Season 3 Update: In June 2022, Lily Collins, the protagonist of Emily in Paris posted a picture of her in front of the Eiffel Tower on Instagram. That along with the caption “back(bend) in Paris! Can’t show you too much of season 3 yet- so here’s a little flashback for now! Lots of love from season 2…”

Romantic comedy is such a genre you just can’t ignore. Emily in Paris is obviously not an exception. Rather it is such a show you will want to binge on your very bad day or when you are quite happy.

As the third season of the show approaches, you must be dying to know about all the minute details regarding the upcoming show. And this is the article to help you in every way regarding Emily in Paris season 3. Read the whole article to update yourself with all the details of your favorite show.

The American romantic comedy-drama is all about Emily Cooper. Emily, a girl in her late twenties, is a college graduate with a Masters’s degree in marketing. Emily receives an unexpected job offer and due to that, she moves to Paris from Chicago.

Her job is to incorporate an American point of view into a French marketing firm. The storyline thus promises the portrayal of a cultural clash. Apart from that, it is a story of Emily, her ups and downs of life in Paris, her job issues, and her new friends and love life.

Emily in Paris was originally developed for Paramount Network. Further, it moved to Netflix. The first season of the show premiered on Netflix on 2nd October 2020. In November 2020, it was renewed for a second season. The second season premiered on 22nd December 2021. Now it is about the third and fourth season to come.

The end of the season of Emily in Paris shows Emily in a vulnerable condition in the city of love. She was in trouble both in her professional and personal fields. Regarding her job, her boss Madeline and mentor Sylvie had an agitated argument over their business strategy, and finally, Sylvie decided to quit this and start her own marketing firm.

She asked Emily to stay in Paris to join her instead of going back to Chicago. The finale ends with Emily calling Sylvie to inform her about her decision. But the decision is left for the third season. On the other hand, Emily’s personal life got complicated with the love triangle between her, her boyfriend Alfie, and her neighbor Gabriel. Alfie needed to return to London for work.

He suggested a long-distance relationship. But Emily figured out that she still loves Gabriel. When she came to his apartment to talk about her feelings, she found that he was moving in with his not-so-permanent girlfriend, Camille.

So, the third season comes out to answer many questions like whether Emily moves to Chicago or not and which relationship she chooses to be in. Apparently, we seem to get an answer about her residence. It is Paris. But you can never be sure.

So, this is all for now. We all are more than eagerly waiting for the third season of Emily in Paris to drop on Netflix. The romantic comedy drama’s worldwide fanbase can’t wait for more to have answers about Emily’s work and love and about her further life.

The wait will bring fruits for sure. Until then, we can only pray for Emily to stay in Paris. Because what’s love without the city of love? Let’s meet after the binge-watch of the third season then!