Joey King Is Faunting her Abs on Paris Press Tour

The actress Joey King, 22, showed up in a cut-out bra top that put her rock-solid abs on full display. 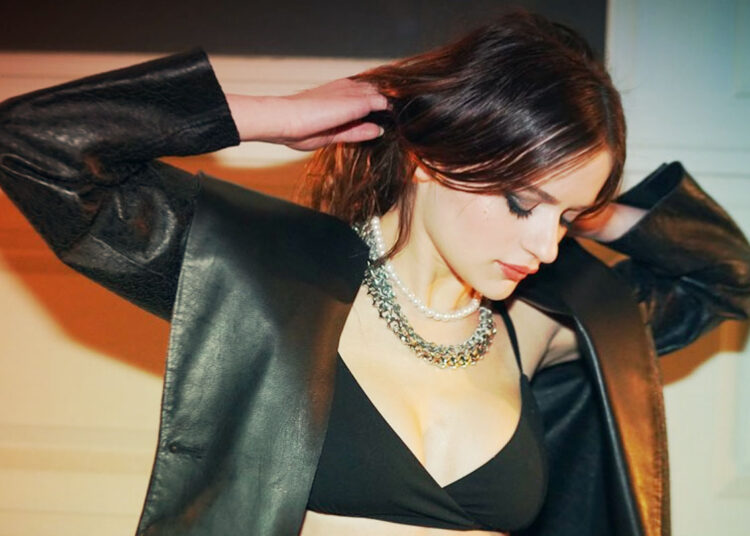 Joey King is in Paris for press for her new thriller Bullet Train, and she’s turning heads on the red carpet. The 22-year-old recently arrived at a photo call dressed to the nines. Joey wore a leather blazer and cut-out bra top over slouchy leather slacks in the look, which is basically topless. She paired it all with six-pack abs and a cool girl smile.

Joey has shared behind-the-scenes footage and insider information about her workout routine, and she definitely comes to play. According to The New Potato, she works out four or five times per week. Her go-to workouts?

Boxing and running “I absolutely love exercise because it makes me feel energetic and happy, but sometimes vegging out is so necessary,” she said. TRUTH.

Joey is a legitimate action star, thanks to Bullet Train and her new Hulu film, The Princess. Naturally, she has been going to the gym to strengthen her muscles through strength training. She recently posted a video of herself completely crushing a deadlift, claiming a personal record of 140 pounds (go Joey!).

Joey told Byrdie that she spent three to four hours a day practicing stunts for her role in The Princess. “I head to training, where I f**kin’ go for it for a few hours,” she explained, adding that her training was so strenuous that she slept “like a goddamn baby” at the end of the day.”This is the hardest I’ve ever worked, and I’m the most exhausted I’ve ever been,” she explained.

Joey King stated that she tries to eat healthily but isn’t overly strict about her diet. “Sometimes I just need to listen to my body and indulge if I’m craving a piece of bread or a bowl of pasta,” she told Byrdie.

“You must strike a balance, however, because eating the right foods has incredible health and healing benefits. It’s not about how you look; it’s about taking care of your body so that you can be the best version of yourself.”