Sex Education Season 4 Tanya Reynolds says no to the series

"I loved Lily with all my heart," Reynolds said of her eccentric, alien-loving character of Sex Education Season 4. 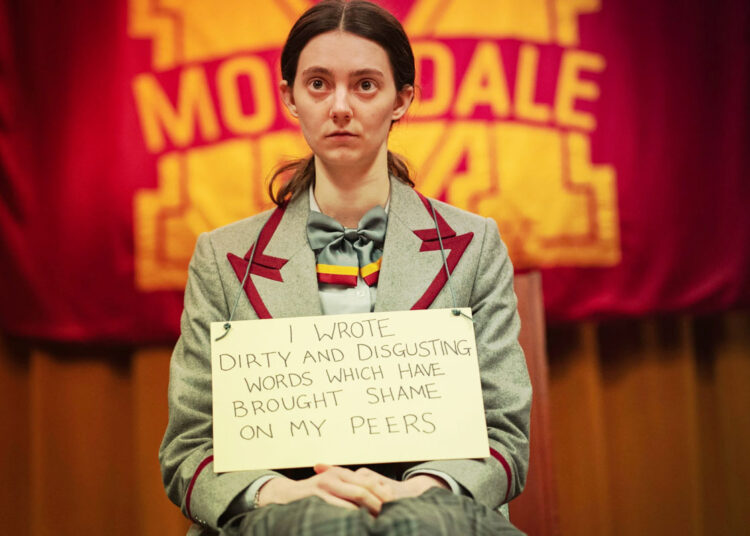 Sex Education Season 4 will see the departure of another fan favorite. Tanya Reynolds, who has played alien-loving Lily since the show’s inception, has confirmed she will not appear in the upcoming season of the Netflix comedy.

“It’s just the natural progression of these shows — when you have such large ensemble casts and so many characters, I think you have to let a few older characters go to make room for newer ones, which is absolutely the right thing to do.”

Tanya Reynolds reflected on her time on the show, saying, “I enjoyed every minute of it, and I adored Lily with all of my heart. Three seasons were just the right amount for me.”

Patricia Allison, Reynolds’ co-star, revealed similar news earlier this month. After three seasons on the show, the actress announced she would not be back for a fourth.

Why did Tanya Reynolds say no to her return to Sex Education season 4?

“I have thoroughly enjoyed my time on Sex Education… However, I will not be joining the team for season 4 “Last week, the actress spoke on the U.K. radio show Breakfast with Yinka and Shayna Marie.

Allison, who played Lily’s love interest Ola, stated that her departure opened up new career opportunities for her.

“Other opportunities have arisen. I’ve been doing it for three years and have thoroughly enjoyed it.”

When asked if leaving the show was difficult, Reynolds responded, “Absolutely, but I guess I have to say goodbye at some point, which is kind of sad, but other things are coming, and that’s really exciting.” Reynolds is also looking ahead after graduating from Moordale High School. She will next be seen in I Hate You on Channel 4 in the United Kingdom.