Dune 2: Update On Release Date & Everything we know 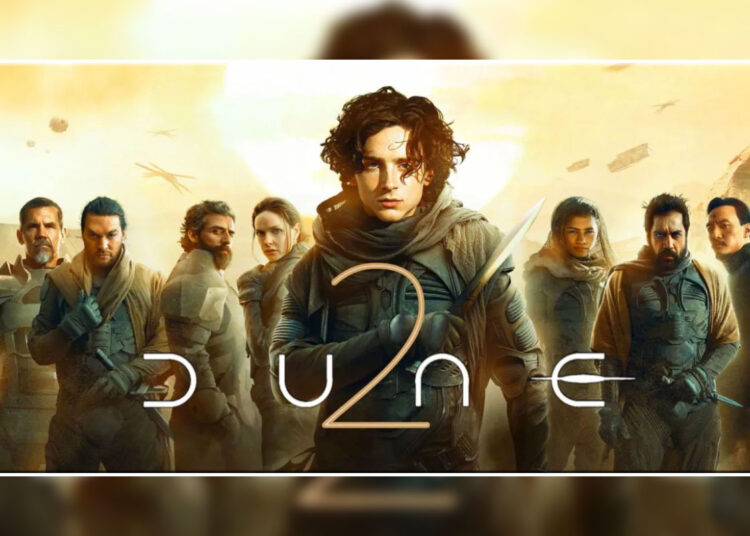 Dune 2 Update: Part One has finally been released in cinemas and on HBO Max, but many are eagerly anticipating the sequel due to the cliffhanger conclusion of the first part.

And while the company didn’t officially announce Dune Part Two for a few days after Part One’s release, Legendary Pictures and Warner Bros. did on October 26. The follow-up is scheduled to hit cinemas in November 2023.

Dune 2 Cast: Who will return for Dune Part Two?

Although the cast has yet to be officially confirmed, based on their reactions to the sequel news, it appears like everyone is willing to return.

Timothée Chalamet will reprise his role as Paul Atreides, while Zendaya’s Chani, who we knew would have a bigger part to play in Part Two once Paul finally met Chani at the end of the first movie, will serve as his co-lead.
“With the individuals I get to learn from and the roles I get to portray, I want to develop. Anyone who has read the books is aware that there is still a great lot to learn and consider “told Deadline, Zendaya.

Rebecca Ferguson as Lady Jessica, Javier Bardem as Stilgar, Stellan Skarsgard as the evil Baron Harkonnen, and Dave Bautista as the Baron’s nephew Glossu Rabban (also known as “The Beast”) will all make appearances.

There will be several fresh faces in the cast as well, with Austin Butler, who played Feyd-Rautha in the Elvis movie, Florence Pugh, Christopher Walken, and Léa Seydoux playing the roles of Emperor Shaddam IV and Lady Margot, respectively, in Part Two.

The first movie finished when Paul and Lady Jessica were admitted into the Fremen and on their journey to Stilgar’s house, covering little over half of Herbert’s book.

Villeneuve admitted that he briefly considered finishing the film later to match the book’s time shift, but decided that his “initial inclination” to conclude the film when Paul encounters the Fremen was the best choice.

Because of Paul’s gift for prophecy, the first movie had thrilling glimpses of what would happen in the character’s future as he struggles with his ultimate destiny, which could be related to Chani and the Fremen of Arrakis.

This first half had to do the heavy lifting in terms of world-building, as we highlighted in our assessment. For Villeneuve, laying the foundation for the first film was a “difficult assignment,” but now that it has been accomplished, Part Two is “an incredible playground.”

Villeneuve hinted that some aspects, such as the aforementioned Feyd-Rautha, might go “a little bit further explored” in the sequel. He said, “It’s like a game of chess.” “In the second half, some new characters will be introduced.”