The third season of the reality show is almost in real life! Know the confirmed release date and every other detail about the upcoming season 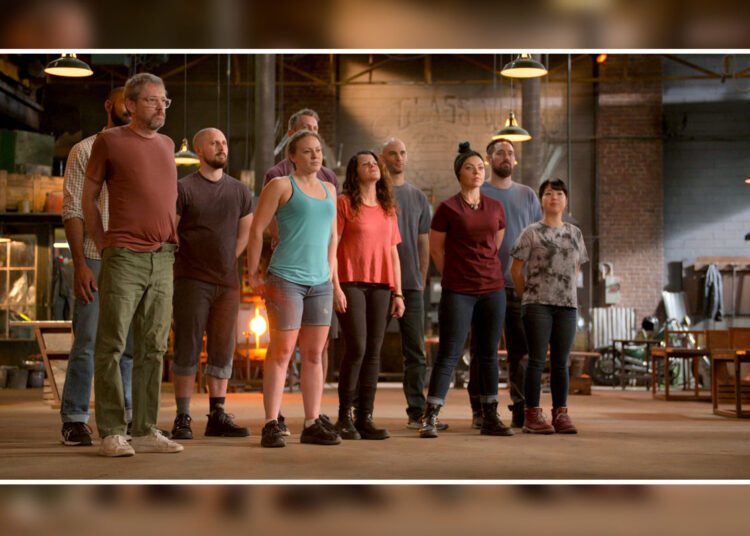 Blown Away Season 3 Update: After the small Christmas gift in November, the third season of Blown Away is going to be aired on Netflix on 22nd July 2022.

Are you a reality show fan? Are you interested in the technology of glass-forming? Then this article surely has something for you. It is Blown Away. One of the most-watched and popular reality glassblowing shows is about to unfold itself with an all-new season.

The Canadian TV series is basically a competition among the best glass technicians. It was started more than two years back and premiered first on the Canadian channel Makeful. Further, it came on Netflix on 12th July 2019. The ten-episode-long reality competition show created quite an interest among viewers with its unique concepts.

In January 2021, the second season came along with a four-episode-long Christmas season. Now completing roughly a journey of two years the third season is on the way with lots of expectations.

Nick Uhas hosts the show. He is a former participant of Big Brother USA. The chief judge of the show is Katherine Gray. She is an associate professor at California State University and a renowned Canadian glai artist too. The winner of the show gets prize money of roughly 60,000 dollars.

The Christmas season was contested by five participants who all participated in the competition before. Cat Burns snatched the winner’s place this time. Nao Yamamoto and Alexander Rosenberg came second and third.

A converted warehouse was the venue of the first season. It was in Hamilton, Ontario. Several industry experts were hired to make the show possible in a very successful form.

The trailer of the third season came to the public almost six days ago. It was simply stunning. It says “Glassblowers, welcome to the hot shop”. Indeed it is a hot shop to accommodate ten professional glassblowers across North America competing for the bonanza prize.

The upcoming season will be tougher for sure. The filming of the show captures the process with efficiency. The unique art form is available in its making, and flourishing to its very best through the mold of a reality competition show. This is for sure the charm behind Blown Away.

Apart from being exciting, Blown Away is educational at its very core. We get a unique chance to see the minute details of such an exceptional art form. Also, the effects of glass blowing on our environment are discussed here. The show got a compliment from The Fader for its educational characteristics. It is also complemented by Decider’s famous Joel Keller. He compared Blown Away with a few of the best reality shows like Top Chef and The Great British Break Off.

The host and the chief guest of the show remain the same. So does the excitement and potential of the show to become a must-watch. Now it is all about the 22nd of July. Be ready to binge exceptional glass sculptures with the side dish of the nail-biting competition!