Confirmed release date, storyline, casts and every other details you need to know!

by Rudranil Chattopadhyay
Reading Time: 5 mins read
A A
1 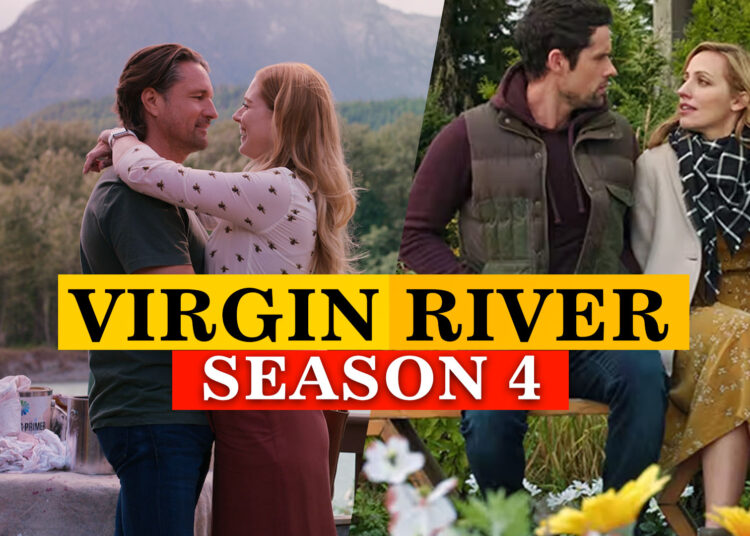 Virgin River Season 4 is coming to Netflix this month, Here are a few important details about the series which you must know before watching it. Carry on was the first episode of the American romantic drama series, Virgin River.

The journey started on December 6th, 2019 has come to its fourth turn. The fourth season will be released on the streaming giant Netflix on 20th July 2022. Indeed, the series is carrying on a large number of fans with its brilliant storyline and filming.

Inspired by the popular novel series by Robyn Carr the Netflix production is pulling quite an interest from its very beginning. The flow remains uninterrupted as the release date of the fourth season is nearing.

The main story of the series is focused on the character Melinda Mel Monroe. She is a nurse-midwife and nurse practitioner in the remote town of the Virgin River in Northern California.

She wanted to restart her life afresh, leaving the scars of her past life behind. Soon she realized that the process is not that easy. Actually shifting to some other place to begin a new life is not always everything. The course of healing oneself forms the core of the process. Melinda was realising these over the course of time.

The American Drama is a warm wrap of small-town fragrances and relations and complications. The third season answered a lot of previous questions like Jack’s destiny and the shooting of the bartender. The summer 2021 release enjoyed a boom.

It topped the list of most viewed content on the streaming platform as well as in the country within months. The success helped the streaming giants to confirm the upcoming two seasons of the series. The novel series consists of 25 books. So, we can expect the series to run further.

Virgin River has 7.4/10 rating on IMDb and 76% reviews on Rotten Tomatoes.

On 10th May the Virgin River Season 4 was reported to release on July 20th of this year. The next day it was confirmed by the series star Annette O’Toole. The Late winter schedule of the first two seasons is transforming into Summer from the third, maybe with the change of sheds in the story!

Netflix shared the official synopsis of the fourth season along with the release date. It is obviously about Mel and her baby in her womb. She is not sure whether the father is her late husband Mark or Jack.

In spite of everything, she is on her way to make her dream fulfill. She always wanted to become a mother. Jack is extremely supportive of her. But the question of fatherhood doesn’t leave him at ease. To make the situation more complicated there comes a new character, the doctor. On the other hand, Hope is still recovering from her car accident.

The psychological effects of her brain injury will have impacts both on her and Doc. Brie is devoted to proving the man of her love innocent. Eventually, she discovers herself in a closer relationship with Mike and closer to Calvin’s violent criminal web as well. Preacher develops a new romantic relationship, but he holds on to Hope to reunite with Christopher and Paige.

Hope’s fate following her accident, Brady’s further developments after taking the fall for Jack’s shooting, Preacher’s vulnerable situation of being drugged and kidnapped, and the danger of Christopher and Connie, etc. all are at stake as the fourth season unfolds itself. We are likely to get all the answers and new developments which will surely make the series more intriguing.

What could happen in Virgin River Season 4?

The biggest info about the Virgin River Season 4 cast is probably Hope ie. Annette O’Toole is returning. Alexandra Breckenridge as Melinda, Martin Henderson as Jack, Colin Lawrence as Preacher, Tim Matheson as Vernon, Benjamin Hollingsworth as Brady, Lexa Doig as Paige, Nicola Cavendish as Connie etc. are there as important cast members. We can expect new character development through this season as well.

The romantic drama series is developed by Sue Tenney. The music is done by Jeff Garber. Robyn Carr, Christopher E. Perry, Sue Tenny etc. are there as executive producers. The series is produced by Ian Hay.

Finally the wait is almost over to have a cosy little trip to Virgin River this summer. The interrelations between the characters and their lives intertwined with each other will surely engage the viewers yet again in a spell of binging. Now it’s all about July 20. Be ready for the emotional roller coaster!