Ms. Marvel Episode 5 is coming this week on Disney Plus here we have every details. 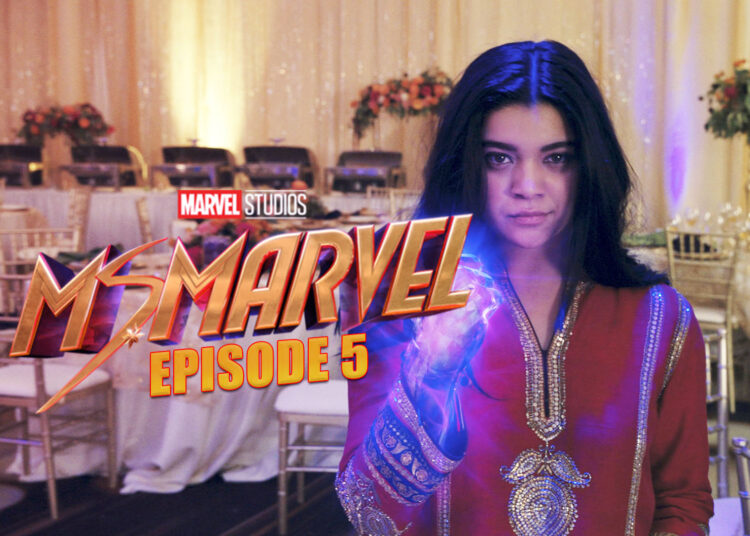 Ms. Marvel Episode 5 will be the second last in the mini-series, Here we have every information you need to know about the Marvel Series.

Kamala Khan aka Ms. Marvel (Iman Vellani) will be back for the last two times on Disney Plus. The second last and final episode of the series is about to be released this month.

What happened in Episode 4?

Episode 4 of Ms. Marvel has given us a hint of Kamal’s origin as Jinh how exactly she is getting her powers and almost it’s clear now what happened to her great grandmother Ayesha during the partition of Pakistan and India.

We have even seen a few glimpses of that terrifying night in the last few minutes of episode 4.

As Ms. Marvel had got teleported to the past on that day while fighting with the clandestine in Karachi alongside the Red Dagger aka Kareem (Aramis Night). Although the mentor of Red Dagger Waleed (Farhan Akhtar) is dead and he is not there to help them in the fight with clandestine.

As per the different time zones Ms. Marvel Episod 5 will be released at different times in different countries. Here are the times when you can watch the premiere of episode 5 in your country:

What could happen in the next Episode?

As we all know Ms. Marvel has never used her time traveling powers before in the series this was the first time in Episode 4 she had been teleported to the past while fighting with the clandestine.

Now she is understood about her actual abilities and powers, although we have come to know about her power sources.

As Waleed is dead and Red Dagger is fighting alone with the clandestine and Kamal is passed right now, So we can get so many things in the upcoming episode.

The arc of Kamran is still pending as we know her mother has left him at the DODC secure facility and we know he has powers as he is also clandestine. So we may get his appearance in the next episode too.

There is a lot to happen as only two episodes are left and the story and character arc of Kamala is still not up to that level. As we know Kamala Khan will be next seen in The Marvels alongside Carol Danvers, so I think her character should be prepared till then.

Episodes 1-4 of Ms. Marvel are available to watch online on Disney Plus.