Is Season 2 of Money Heist: Korea on the way? 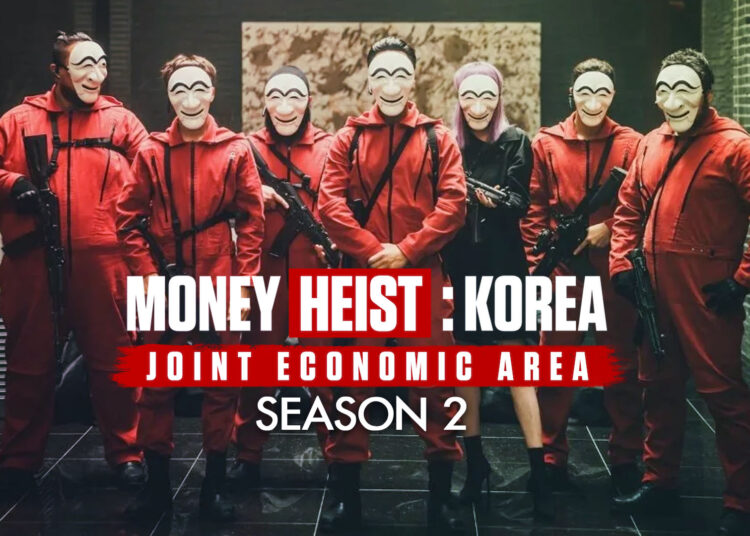 Money Heist: Korea – The Joint Economic Area Season 2 may come in 2022 as per the sources, Here we have a few details which may convenience you that we can have six more episodes this year only.

Money Heist: Korea Joint Economic Area, the Korean drama remake, has only one season with six episodes. However, even the series’ conclusion left us on a cliffhanger, and fans have eagerly awaited the second series’s release.

What was there in Season 1 of Money Heist: Korea?

Season one impacted viewers, and as a result, viewers are eager to learn when Season Two will premiere on Netflix. This series is well-known for its storyline, which was told unusually, setting it apart from the crowd.

Also Read: Squid Game Season 2: All Updates That You Need To Know

This Korean series depicts the start of a new era of criminals who have lost everything by following the plan of a mastermind known as Professor. One of the most positive aspects of this series is that it has broken all records for Korean series on Netflix in terms of rating and popularity.

When will Money Heist: Korea – The Joint Economic Area Season 2 be released?

How many episodes can we expect in Money Heist Korea Season 2?

As a result, Money Heist nearly took two seasons to tell the story of the Royal Mint’s first heist. However, in an interview with Elle Magazine, actor Yoo Ji-Tae revealed that the Korean drama condensed almost two seasons’ worth of storyline.

Even the cast of the Korean drama confirmed to Newsweek that the second half of the drama is finished. Yoo’s statement clarifies that Money Heist: Korea Season 2 will have six episodes. Therefore, even fans can confirm that the grand heist will be completed in the coming season.

As previously discussed, the second season could be a continuation of the first, with the entire story of the heist unfolding. We can expect the main central actors to return to their roles if the show can return to our screens soon. The money heist Korea cast team is listed below.