Resident Evil is coming this July on Netflix! 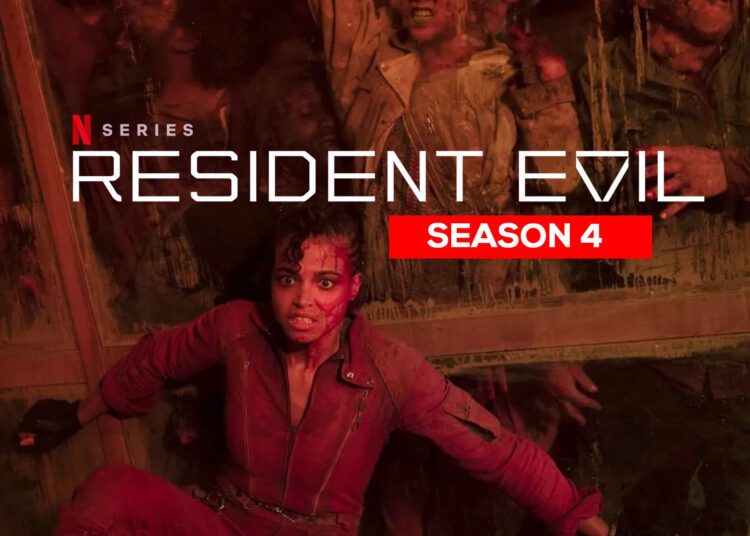 Resident Evil will be released this July on Netflix, Here we have every information you need to know about the series. If you’re seeking more information on “Resident Evil Season 1,” you’ve come to the right place.

Everything connected to Resident Evil will be covered in-depth in this article. Well, the new Netflix Original series Resident Evil is based on the Capcom game of the same name. Since its debut in 1996, the Capcom video game Resident Evil has gained immense recognition.

The franchise, which debuted in 1996, has inspired multiple video game sequels, books, and a well-known film franchise.

The series Resident Evil, created by Andrew Dabb and based on Capcom’s Resident Evil, combines action, horror, science fiction, and Zombies apocalypse. It’s a Netflix original series, and once it becomes accessible on Netflix, you can watch the show there. So, now let’s take a closer look at the series ”Resident Evil Season 1” Release Date, Cast, Plotline, & More.

Resident Evil Season 1 will premiere on Netflix on July 14, 2022. The premiere of the first season has generated a lot of excitement among viewers. There will be a total of 8 episodes. The episodes of this series are expected to last 60 minutes each, according to reports.

The preview for the first season makes it seem like a really interesting show, and viewers can’t wait to watch it. So, you will be able to see the entire show on Netflix once it is made accessible on that platform.

According to information published in 2019, the series’ plot would center on the Umbrella Corporation, their sinister practices, and the new world created as a result of the T-Virus outbreak. As a result, the Resident Evil Netflix series will offer fans a brand-new narrative that is set in two distinct time periods.

The first portion will illustrate the beginning of the outbreak in 2022, and the second part will show in 2036 after the disease has reached its peak. Billie and Jade Wesker, sisters, and their father Albert, a biotechnologist of some kind, are relocating to New Raccoon City in 2022.

Even while their new house appears lovely, it quickly turns into a nightmare when Umbrella Corporation, which was in charge of a major zombie T-virus epidemic over 20 years ago, disperses a new anti-anxiety medication called Joy that also happens to be infected with the virus. Unexpectedly, there is an outbreak, and Billie experiences an unknown but terrifying event during the commotion. Jade manages to go away with her life, but she is unable to take her sister with her.

In the second part, we re-connect with Jade in London in 2036, one of only 15 million people still living in an almost zombie-infested globe. What happens to Billie, as well as what happens to her father, Albert Wesker, who assisted in orchestrating this crisis and whose whereabouts are now unknown, will determine what her aspirations are outside of “survive.”

Netflix debuted two teaser videos for the new show on May 12. We can see how the plot will be divided into two parts from the first teaser. One in 2022 and the other in London in 2036, separated by 14 years.

Additionally, “I’d Like to Teach the World to Sing (In Perfect Harmony)” is the song that can be heard in the background of the first teaser. We also get our first glance at Wesker and other things from it.

The second teaser trailer, which received very little attention, delves deeper into some of the monsters we’ll encounter, such as a mutated spider and the underground worm monster that can be seen tunneling in the teaser’s second half. So, before we get too far into the weeds, our first glimpse of Resident Evil was a teaser video featuring a zombie Doberman and two images that included a stylized version of the dog from the teaser and the series’ logo.

You can see the trailer for the series on YouTube, but once both the video and the series are online, you should use Netflix as your primary streaming service.

Where Can You Watch it?

The first season of Resident Evil will be available to watch on Netflix on July 14, 2022.