Are you excited for the release of The Gray Man? What will happen when Chris Evans and Ryan Gosling meet? 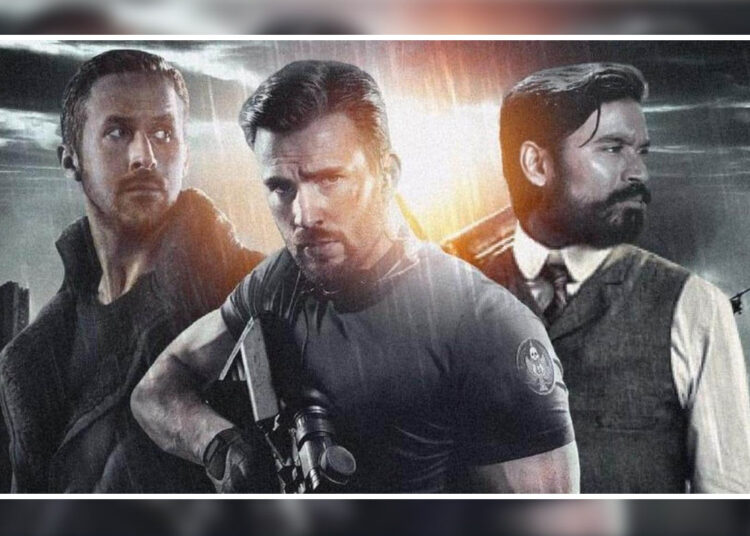 The Gray Man Update: The Gray Man: How about a spiced tea? How does it taste? Do you like it because it’s unique? Yes, absolutely! Who doesn’t enjoy a film with many heroes they admire in the film industry? What if we surprised you by telling you that a movie will be released on our favorite platform, Netflix? Are you excited? So, without further ado, let us share the good news with you. Yes! Folks, the Gray Man is going to arrive!

The Gray Man is an upcoming action thriller film released on July 15, 2022. However, if you prefer to watch the movie in the comfort of your home, you must wait until July 22, when it will be available on Netflix.

The most important aspect is that this film has a budget of approximately $200 million, making it the first film to be streamed by Netflix with such a huge budget.

This film is based on Mark Greaney’s novel of the same name, published in 2009. The Gray Man is directed and produced by the Russo Brothers (Joe and Anthony) and Mike Larocca.

The next most intriguing aspect is about screenwriters who are well-known for their writing combinations, such as Christopher Markus and Stephen McFeely. As a result, we can be confident that we will witness something significant.

Is the official trailer for The Gray Man available?

Yes! The official trailer is now available, and you can watch it below. It was released on May 24, and with the trailer’s release, fans are getting excited about the film’s release.

Even though this film stars South India’s most famous actor, Danush, everyone worldwide is thrilled. Finally, we will all see our heroes on the same screen.

When the trailer is released, we get a glimpse of Chris Evans and Ryan Gosling clashing. We’ve also seen some action scenes that are sure to keep us interested.

Even from the trailer, we can tell that Gosling has a valuable asset on him and that Evans and his men are after him. Danush’s appearance at the end of the trailer must have impressed fans, as he always does in his best actions.

In the film, The Gray Man Court Gentry, played by Ryan Gosling, is a CIA operative recruited by Donald Fitzroy to become a skilled ‘agency-sanctioned merchant of death.’ where he discovers the agency’s dark secret, and everyone turns against him.

He had no choice but to flee. A former colleague, Lloyd Hansen (Chris Evans), was sent to apprehend him. Dani Miranda, a fellow agent, is the only person Ryan can rely on (Ana de Armas).

Who Is In The Cast Of The Gray Man?

Here’s what you’ve been waiting to hear: