Justin Bieber was seen with wife Hailey Baldwin for the first time since he announced his Ramsay Hunt Syndrome! 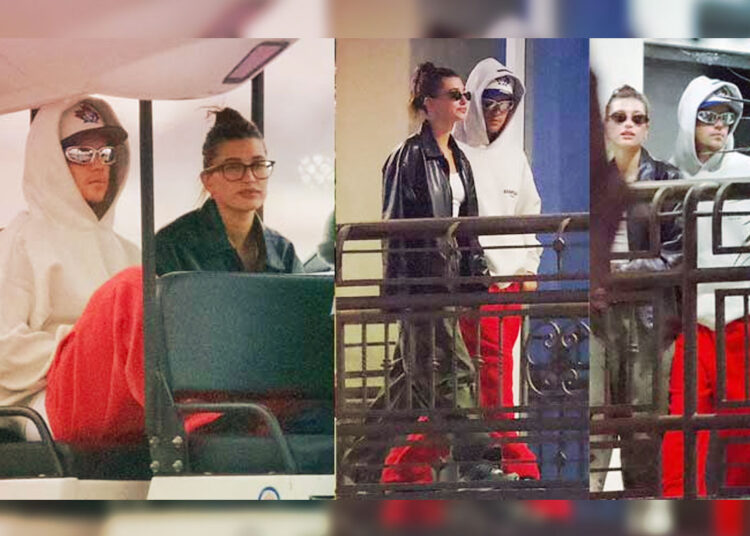 Recently Justin Bieber has revealed about this face Paralysis half of his fave is not working properly. Physical life is very much necessary as it gives us not just the strength to continue the work and to live on but also that mental peace anyone requires.

When it comes to some celebrities then they are dealing with some of the problems in their life including some physical appearance and the illness they are going through.

Justin Bieber with his wife Hailey Bieber was recently seen enjoying some peaceful moments together. It was their trip to The Bahamas where they both were seen going off their jet. They both were together while travelling and coming back home. It was his wife who shared some pictures of Justin Bieber on her Instagram post.

We have seen Justin Bieber in sweat pants of red colour while he was also carrying a white hoodie. He was seen wearing sunglasses while on the other side his wife was wearing cargo shorts of green color. She was seen wearing leather jackets and her hair was tied up in a ponytail.

The pictures were uploaded alongside some of the pictures of Hailey Bieber and her skincare brand called Rhode. It was just a few days back when she launched her skin care product for the first time. The model was seen wearing bikinis while enjoying her time in the waters.

While on the other hand Justin Bieber was seen wearing a black sweatshirt with black shirts. He was sitting down on the beach while preparing for a drink.

When it comes to the Ramsay Hunt Syndrome that has caused the paralysis in the singer then it was announced by him on social media. He has actually given the reason why he was cancelling his shows back again.

Since one side of his face was paralyzed with the syndrome so that is the reason why Justin Bieber was not able to attend any kind of show.

The singer said that he needs to rest for now and soon his face is going to be okay in the coming time. But at the same time, he was not aware of when it is going to happen or come back to a normal state.

Talking about the syndrome called Ramsay Hunt Syndrome then it is caused by the same virus that gives us chicken pox. It leads to facial paralysis where one cannot able to chew the food and also smile.

One can go for facial massage and facial exercise along with some medicines that are provided by the doctors. In this illness, the immune system is totally distorted and one can have any kind of infection. So that is the reason why one need to be careful while suffering from this syndrome.